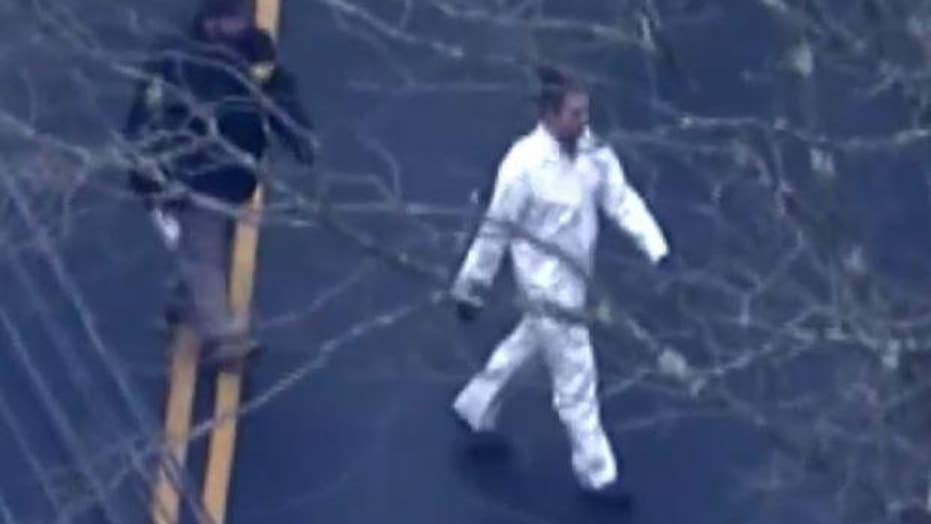 A young woman’s body was found bound in a suitcase in an affluent Connecticut town. A homicide investigation is underway.

The woman whose body was found Tuesday stuffed into a large red suitcase dumped on the roadside in an affluent Connecticut town reportedly told her mom just before vanishing that she was afraid “someone” was going to “murder" her.

Valerie Reyes, 24, of New Rochelle, N.Y., was identified this week as the person whose body was bound at the hands and feet, jammed into the piece of luggage and then abandoned in upscale Greenwich, Conn. Highway workers stumbled upon Reyes’ remains after discovering the suitcase sitting about 10-15 feet from Glenville Road in the wealthy enclave, police said.

Reyes' mother, Norma Sanchez, said her daughter -- who reportedly battled depression and anxiety -- became paranoid shortly before disappearing. She was last seen Jan. 29 and reported missing the next day.

Sanchez tried to elicit more details from her daughter but came up empty.

“I asked about her ex-boyfriend. And she said, ‘No,’” Sanchez said, noting the pair had broken up Jan. 24, just days before Reyes went off the grid.

A private investigator hired by Reyes' family uncovered surveillance footage that showed the 24-year-old at a Manhattan ATM at 2 a.m. on Jan. 30, Sanchez said. It's unclear why Reyes was in New York City, if she was with anyone or where she may have gone next.

Reyes, who worked at a Barnes & Noble in Eastchester, N.Y, planned to train to become a tattoo artist and liked to sing, said friends who were still trying to make sense of how Reyes met her gruesome end.

Valerie Reyes, 24, of New Rochelle, was identified as the body found in a suitcase in Greenwich, Conn., police said.  (NYPD)

"Horrified. Absolutely horrified," Lauren Bradford, 19, who worked with Reyes, told The Journal News. "I'm just like totally shocked. She was a confidant. She really encouraged me and my aspirations. She had a really bright future. She was really excited about her art and her goals."

On Thursday, friends and family held a vigil for Reyes at Glen Island Park in New Rochelle.

On Thursday, friends and family came together for a vigil in honor Reyes at Glen Island Park in New Rochelle, N.Y. (Tyler Sizemore/Hearst Connecticut Media via AP)

"There needs to be justice for my precious daughter," Sanchez said. "The people who did this need to pay."

Reyes' cause of death has not been revealed and no arrests in the case have been announced. Investigators have asked anyone with information on the case to contact 203-622-3333.