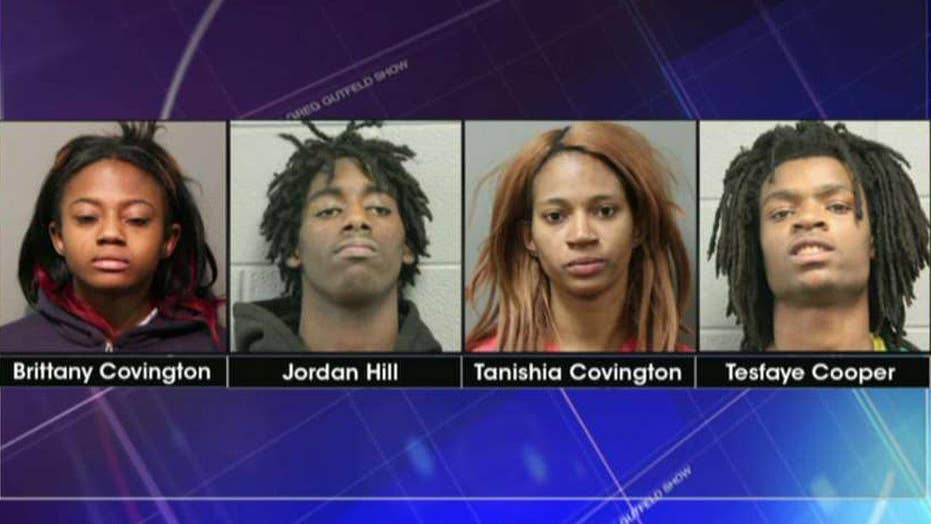 Reddit users and the Internet have raised more than $160,000 for the man abused in a Facebook Live video last week that drew outrage from community leaders and got the attention of President Obama, who called the video “despicable.”

Razor Sheldon, who was identified in The Washington Post as the man behind the UpliftingNews subreddit, a forum on the website, told the newspaper that he first set the goal at $5,000 to show the victim that people out there cared. But donations surged. The report said as of Wednesday morning, 5,000 people from all 50 states have donated.

The attorney for the 18-year-old victim said his client’s family is working class with modest means. The money will help him going forward in treatment, he said.

“My clients are overwhelmed with the warm, kind generosity of perfect strangers,” Neal Strom, the lawyer said in a statement to The Chicago Sun-Times. “It just came out of the clear blue sky…It shows that there are good people out there after all [the victim] has been through.

Four suspects are facing charges of battery, kidnapping and hate crimes in connection with the attack on the 18-year-old victim. The suspects - two men and two women - are black and the victim is white.

Authorities said the victim was tied up for several hours. Video footage shows the assailants taunting him with profanities against white people and President-elect Donald Trump.

A GoFundMe spokesman confirmed the victim's family is working with the company on the campaign.

The family, through a spokesman, has declined to comment on the attack.