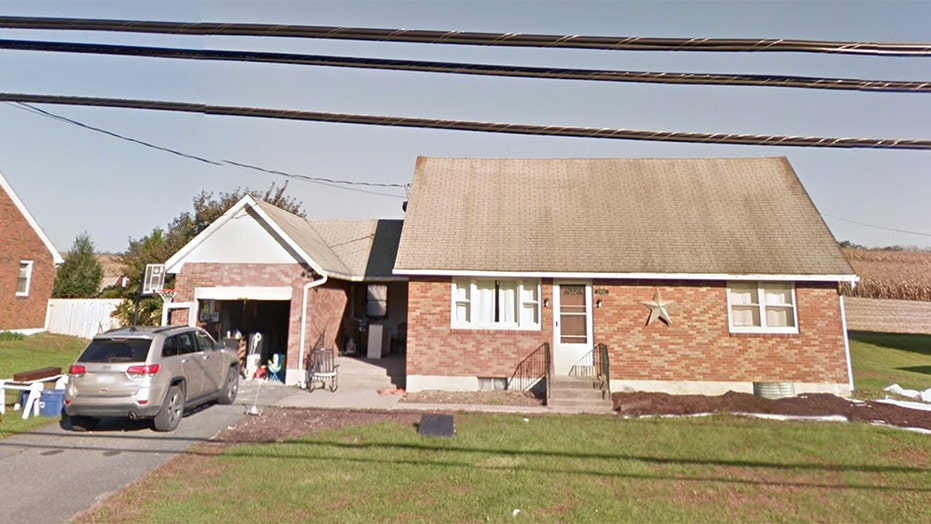 The mother of an 8-year-old boy who was found hanging in a Pennsylvania basement last month alongside his 4-year-old sister told a 911 dispatcher he had been bullied and "had made threats of doing this but didn't want to go alone."

The dispatcher further quoted the mother as saying that the boy, Conner Snyder, “may be the aggressor,” Fox 10 Philadelphia reported Thursday.

Lisa Snyder, 36, called 911 after reporting finding Conner and her daughter Brinley hanging from the basement rafters of their home in Albany Township with a dog leash on Sept. 23.

Connor Snyder, 8, and his 4-yer-old sister Brinley were found hanged in the basement of their home in Albany Township, Pa., last month. (Google Maps)

Conner and his sister died after being kept alive on life support for three days, according to reports.

The case detectives seized an X-box, the dog leash and two cell phones that belonged to Snyder, the station reported, adding that the investigation was ongoing.

The coroner hasn’t ruled on the cause of death, according to the Allentown Morning Call.

The paper reported that after her children died, Snyder changed her Facebook profile with a photo and the saying, “Words scar, rumors destroy, bullies kill.”