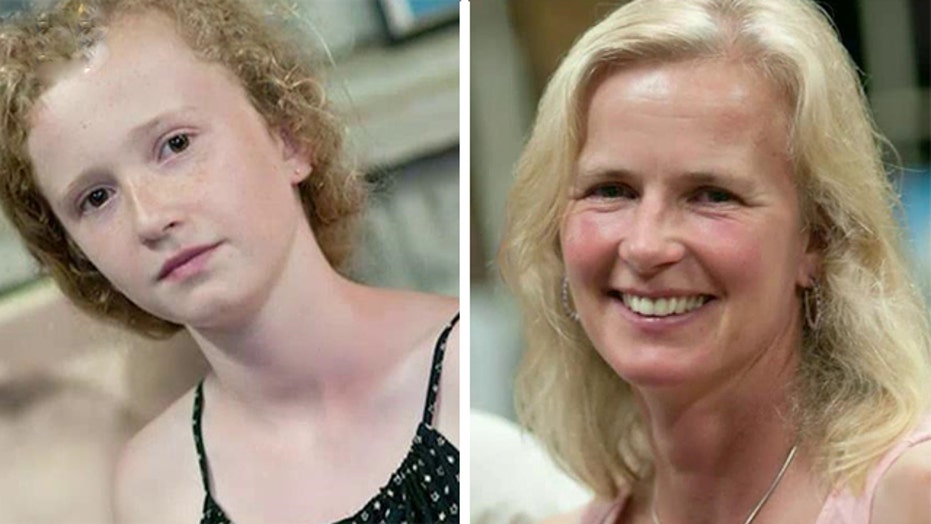 A mother and daughter trip last month to New York City’s Times Square has turned into a missing persons mystery after the pair vanished without a trace.

Police said Sunday they are continuing to investigate the disappearance of Long Island widow Iona Costello, 51, and her 14-year-old daughter Emily, but the investigation has generated few leads.

“We continue to investigate the missing report for the Costellos and are receiving the assistance requested from NYPD,” Chief Martin Flatly of the Southold Police Department on Long Island's North Fork told SoutholdLOCAL.

Diana Malcolmson, Iona Costello's mom, told the New York Post Saturday her daughter and granddaughter were last seen March 30. They were spotted on surveillance video taken at a parking garage near Times Square. The mother’s car was found in the garage Wednesday.

”They were giggling and laughing when they got out of the car,” Malcolmson said. “They have suitcases, so they weren't just going to a show in the city, which is what I had thought they were going to do. They have obviously gone somewhere.”

“It’s possible they could be almost anywhere. Family and friends are very concerned. We’d feel a whole lot better if they’d reach out to family or friends to let them know they are okay,” Flatley told the Post.

Iona Costello runs a farm in Greenport, L.I., with horses and cows. Her mother said when her daughter is away she always checks on the animals -- until now.

“Iona loves her animals. That’s what makes us think this is an odd situation,” Jane Costello told SoutholdLOCAL. She is the niece of Iona’s husband George, who died of a heart attack two years ago.

Calls to their cellphones have gone unanswered. There's been no activity on the mother’s credit cards.

Family members said Emily and her mother drove to Manhattan to go to the theater. They went to police Wednesday to report the girl missing when she failed to show on the first day of classes after spring break at the Ross School in East Hampton.

A family member told the Daily News Saturday that Iona Costello has been “under a lot of stress” because of a legal battle over her husband’s will.

His four children from previous marriages were contesting the will, which left everything to Iona and her daughter, the paper said.

“She can’t sell anything. She can’t do anything because everything is in court,” the family member said. “She’s been under a lot of pressure.”