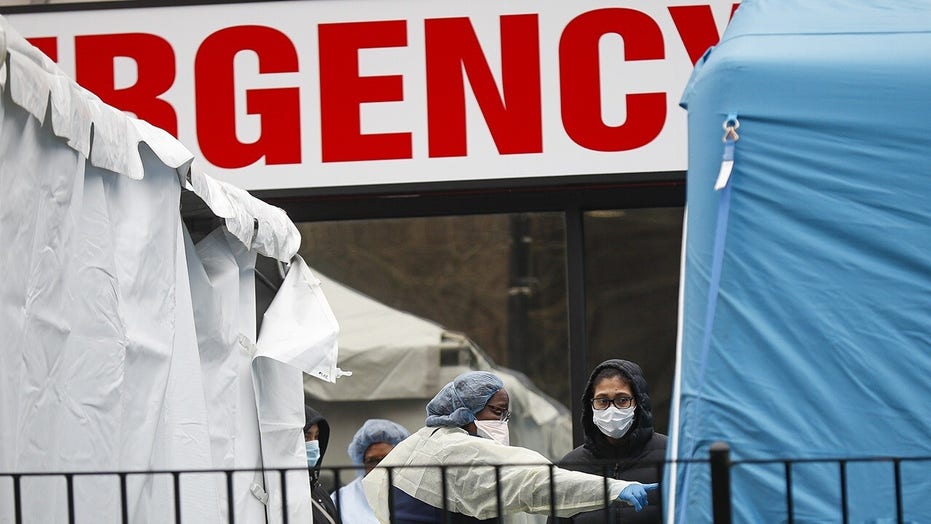 A Missouri man who was plotting to bomb a hospital was killed in a shooting this week after he “decided to accelerate his plan” due to the coronavirus pandemic, federal authorities said Wednesday.

Timothy Wilson, 36, was injured Tuesday in Belton, a suburb of Kansas City, when FBI agents tried to arrest him after a long-running domestic terrorism investigation, according to a statement Wednesday from Timothy Langan, special agent in charge of the FBI's Kansas City office.

Wilson was armed at the time. He was injured and died later at a hospital. The statement did not say how he suffered the fatal injury or give further details on the shooting incident.

A months-long investigation determined Wilson was a potentially violent extremist, motivated by religious, racial and anti-government beliefs, according to the statement.

A sign downtown Kansas City, Missouri, urges residents to stay home on Tuesday, the first day of a 30-day mandatory stay-at-home order to stem the spread of the coronavirus. (AP Photo/Charlie Riedel)

He planned for several months to carry out a bombing and decided to target a Kansas City-area hospital using a “vehicle-borne” improvised explosive “to cause severe harm and mass casualties," the FBI said. The name of the hospital was not given.

Wilson took steps to acquire materials for the bomb even as the FBI’s Joint Terrorism Task Force was surveilling him. He was picking up what he thought was a bomb when agents tried to arrest him Tuesday. The FBI said the bomb wasn’t real, but did not provide further details.

The FBI described the incident as an “an agent-involved shooting” and said it will be investigated by the FBI’s Inspection Division in accordance with agency policy.

The coronavirus has sickened 356 people and killed eight as of Wednesday in Missouri, according to the state health department.