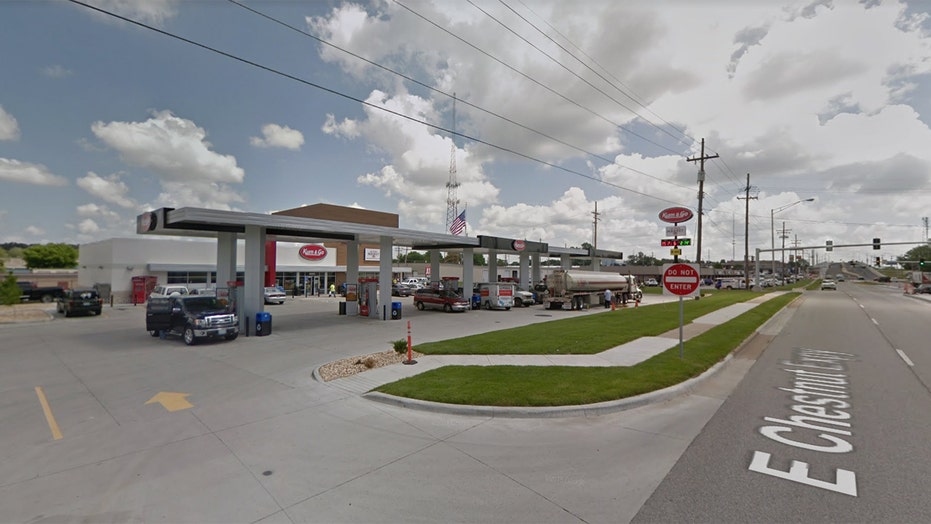 A Missouri police officer and three other people died after they were shot late Sunday at a convenience store by a gunman who then killed himself, police said.

Springfield Officers Christopher Walsh and Josiah Overton were responding to a report of a shooting at a Kum & Go in Springfield, Mo., at 11:43 p.m. Sunday when they were shot, Police Chief Paul Williams told a news conference early Monday.

Paramedics rushed both to a hospital where Walsh, 32, died, he said. Overton’s wound was not life-threatening.

PHILADELPHIA OFFICER SHOT AND KILLED DURING APPREHENSION OF MURDER SUSPECT

“Both of these officers showed significant bravery and were heroic in their actions,” Williams said, choked up with emotion.

Walsh had served in the Army, was active in the Army Reserve and had been on the force less than four years, Williams said, adding that Overton has been on the police force for two years.

Police identified the gunman as 31-year-old Joaquin Roman of Springfield.

Roman arrived at the Kum & Go after firing shots at three other locations, Williams said. Witnesses told officers that a vehicle crashed into the store and the gunman ran inside and opened fire on customers and employees.

Police said Roman had fired several times from his vehicle while driving through a southwest Missouri city before the crash.

"In essence we had a roving active shooter moving from the south side of the city up," Williams said.

Williams said Overton and Walsh were first to arrive and were fired at by Roman.

“Other responding officers arrived, removed the two injured officers and made entry into the store where they found the suspect deceased from an apparent self-inflicted gunshot wound,” he said. “At the scene, they also located three other deceased individuals and one person with a gunshot wound.”

Paramedics also rushed that injured person to the hospital.

Police were seeking to establish a motive for the shootings.

“We're still investigating multiple crime scenes and dealing with grieving the loss of one of our own,” Williams said.