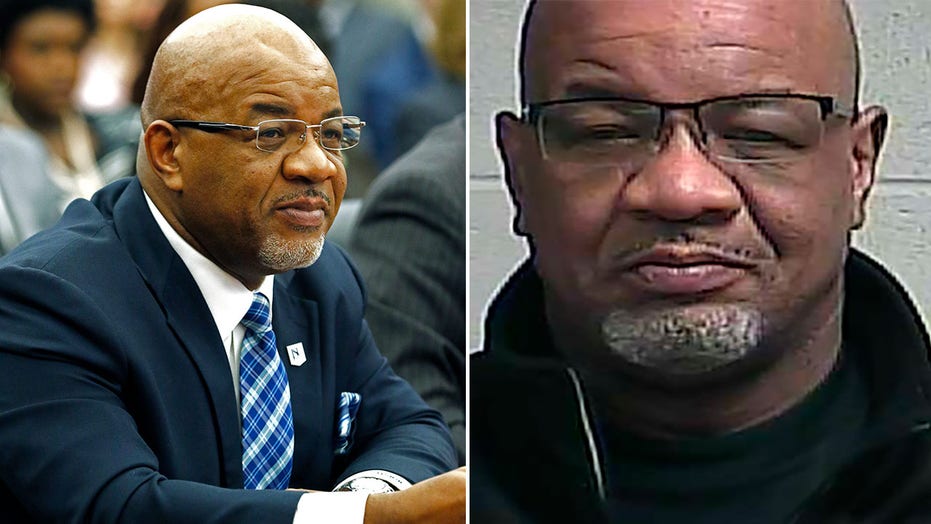 The president of Jackson State University in Mississippi resigned Monday shortly after his arrest in a prostitution sting that nabbed 17 individuals.

William Bynum Jr., 57, was busted over the weekend in Clinton, a suburb of Jackson located in central Mississippi, Clinton Police Chief Ford Hayman said. He was charged with procuring services of a prostitute, false statement of identity and simple possession of marijuana.

The university announced Monday in a news release that Bynum submitted his resignation, effective immediately.

The former president was among more than a dozen people arrested during the weekend. (AP Photo/Rogelio V. Solis)

At an emergency meeting, the governing board for Mississippi's eight public universities convened and named another Jackson State administrator, Thomas Hudson, as interim president. Hudson has been the special assistant to the president and chief diversity officer.

The suspects arrested were all responding to an online ad for prostitution services, and they were met by an undercover police officer at a chain hotel near Interstate 20 late Saturday or early Sunday, Hayman said during a news conference Monday.

When asked whether Bynum had tried to convince police he was someone else, Hayman responded: “Without getting into particulars, yes, he was charged with that — providing a false identity.”

A second Jackson State official was among the others arrested. Shonda McCarthy, the 46-year-old director of the Jackson State University art galleries, was charged with procuring services of a prostitute and possession of marijuana while operating a motor vehicle.

Hayman told reporters some of the arrests could be part of a “multistate” prostitution ring, adding that four of the suspects who hailed from Memphis were charged with felony counts of promoting or conspiracy to promote prostitution, the Clarion-Ledger reported.

Bynum had been president of Jackson State since 2017 after serving four years as president of Mississippi Valley State University. (AP / Clinton Police Department)

The communications office at Jackson State did not immediately respond to a call from The Associated Press.

Bynum and McCarthy were both released from custody Sunday after posting $3,000 and $2,000 bonds, respectively. It was not immediately clear whether either  is represented by an attorney.