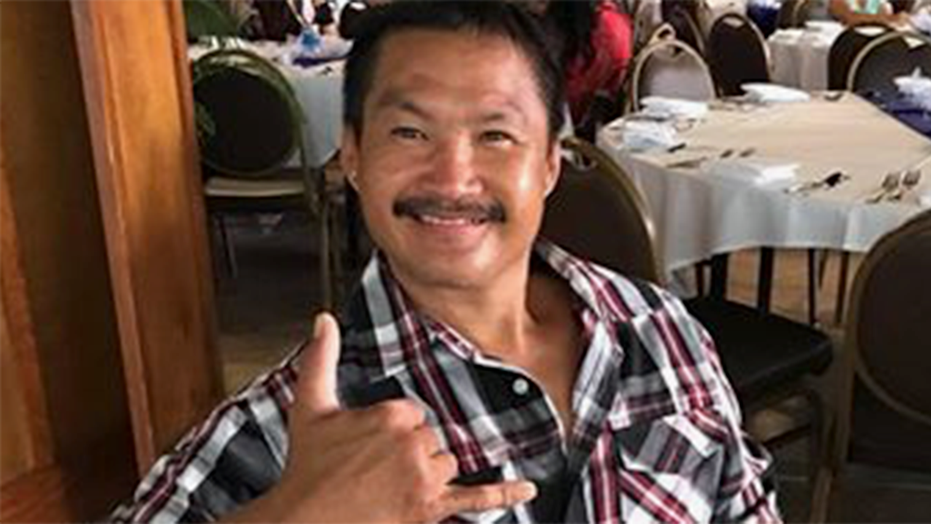 The clothing of a Hawaii man who went missing after a solo night dive earlier this month has been recovered showing evidence consistent with a shark attack, investigators said.

Alan Delatorre, 45, never returned home after the dive in Kailua Bay on Oct. 4, and his family has yet to hear from him, the Hawaii Police Department said in a news release on Thursday.

Delatorre’s truck was found parked in the area of Ali’i Drive on Oct. 6, police said. A dive buoy believed to belong to the man was also located in the same area, about 100 yards off-shore of Bubba’s Beach.

Delatorre's family hopes he will return home after he disappeared following a solo night dive earlier this month.  (Facebook)

Divers with the Hawaii Fire Department recovered clothing and diving equipment identified as Delatorre’s in the waters near the buoy, police said.

“They indicated the damage to the clothing to be attributed to sharks,” Sgt. David Araki said.

OREGON COLLEGE FRESHMAN REPORTED MISSING, FAMILY SAYS 'THIS IS NOT LIKE HIM AT ALL'

Delatorre’s wife, Helen, told the Hawaii Tribune that the family, including their two children, have remained hopeful that he is alive and will come home.

The fire department suspended their search for Delatorre on Oct. 6 after finding his belongings and speaking with the family, the paper reported.

Delatorre, of Kailua-Kona, a city on the western coast of the Big Island, was described as being 5 feet, 4 inches tall and weighing 156 pounds, police said. He has a medium build with black hair and brown eyes.