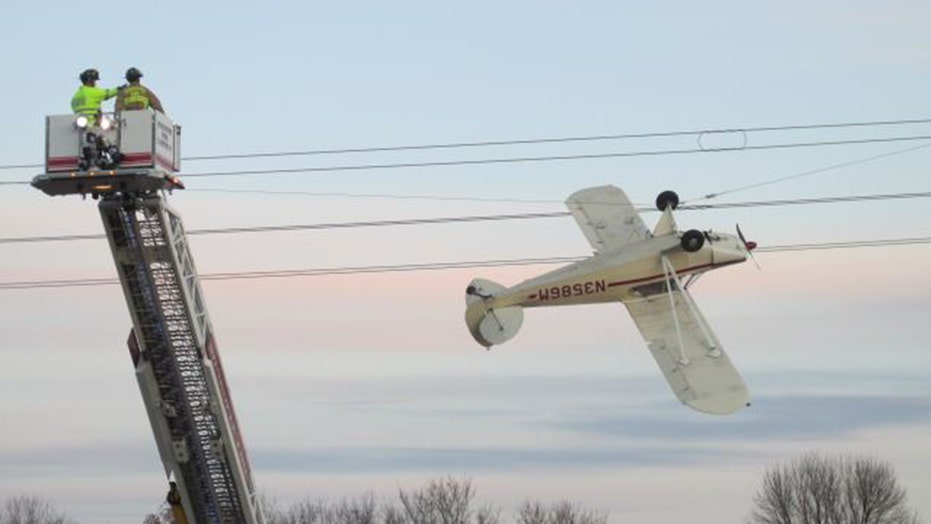 A pilot was rescued Saturday after his small-engine plane became entangled in high-voltage power lines in Minnesota, officials said.

Thomas Koskovich, 65, was flying his Piper Cub south when he became trapped in the wires in Scott County around 4 p.m., the Scott County Sheriff's Office said. Authorities said they received a 911 call about a plane dangling upside-down in the air in Louisville Township.

Power to the wires was shut off, and rescuers near Shakopee worked to free the pilot, the sheriff's office said in a news release. Koskovich, who was the sole occupant of the plane, was not injured in the accident.

“This incident could have been much worse,” Sheriff Luke Hennen said in a statement. “We are grateful the pilot was able to walk away without any injuries.”

The Federal Aviation Administration is investigating the incident.