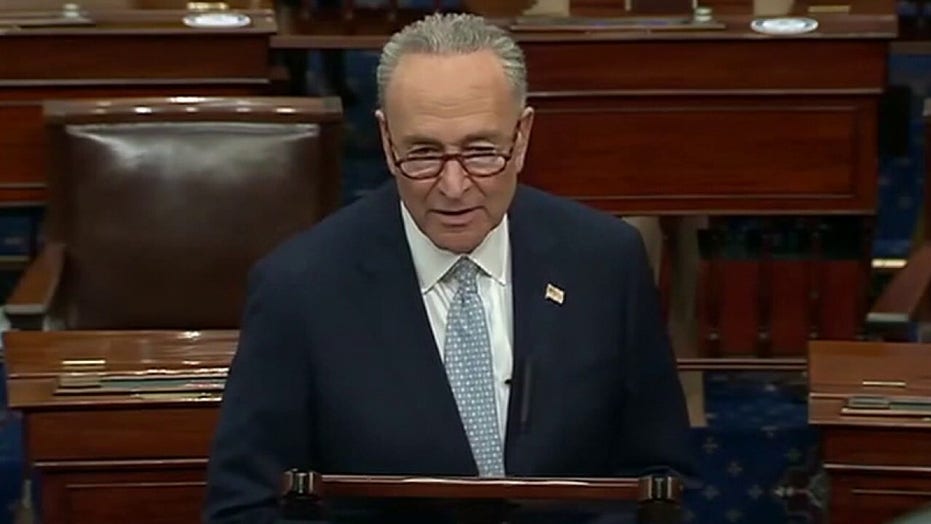 Senate leaders McConnell, Schumer butt heads on the Senate floor on the legislation; reaction and analysis on 'Outnumbered.'

“Defund the police” has become a rallying cry for nationwide protests against police brutality in the wake of George Floyd’s death. But many Minneapolis residents remain convinced that actually doing so will bring more harm than good.

Since Floyd’s May 25 death while in the custody of police, more than 110 people have been shot, police say.

Steven Belton, president and CEO of the Urban League Twin Cities, told the Star Tribune he has noted a “significantly dramatic uptick” in violent crime since June 7 -- the day when nine Minneapolis City Council members announced a veto-proof push to disband the Minneapolis Police Department.

Cierra Hurst, of Brooklyn Park, Minn., and who grew up in Minneapolis, attends a gathering at North Commons Park in Minneapolis about how to address problems with the Minneapolis Police Department.  (Star Tribune via AP)

Belton said he supports reforming the department but called the city council’s move irresponsible. He also criticized the council members for not consulting with people who are directly involved with the black community.

He said violent people “have used that sound bite -- ‘defund the police’ -- as an indication that there is no consequence, that there is no policing, and [concluded] that they are free to whatever they want to do.”

Keion Franklin, a Minneapolis resident who participated in protests after Floyd’s death, told the Tribune that defunding the police would be disastrous for the city’s North Side, which has a higher crime rate.

“I know on one side of the city, it looks beautiful for defunding to happen,” Franklin said from the parking lot of Merwin Liquors as investigators marked shell casings that fell inches from where his car had driven. “But here on this side of the city, I’m scared if you defund the police … Is it going to turn into World War III over here?”

Franklin suggested that instances of police brutality might decline if more officers lived in the communities where they policed. According to the Tribune, only eight percent of Minneapolis police officers actually live in the city.

But on Wednesday, Senate Democrats blocked the bill from passing. The Senate voted 55 to 45 on the measure, falling short of the 60 votes needed to pass.

The impasse threatens to turn the nationwide protests over the deaths of George Floyd, Breonna Taylor and others into another moment that galvanizes the nation but leaves lawmakers unable to act.

Democrats have refused to agree to open debate as they push for greater changes in police tactics and accountability.

"If you don't think we're right, make it better, don't walk away," implored Sen. Tim Scott of South Carolina, the only black Republican senator and the author of the GOP bill.

Senate Majority Leader Mitch McConnell criticized Democrats for engaging in "political nonsense." Still, he vowed to try again, hoping to pass legislation before a July 4 holiday recess. McConnell switched his vote to no, a procedural move so he could swiftly bring it back for reconsideration.