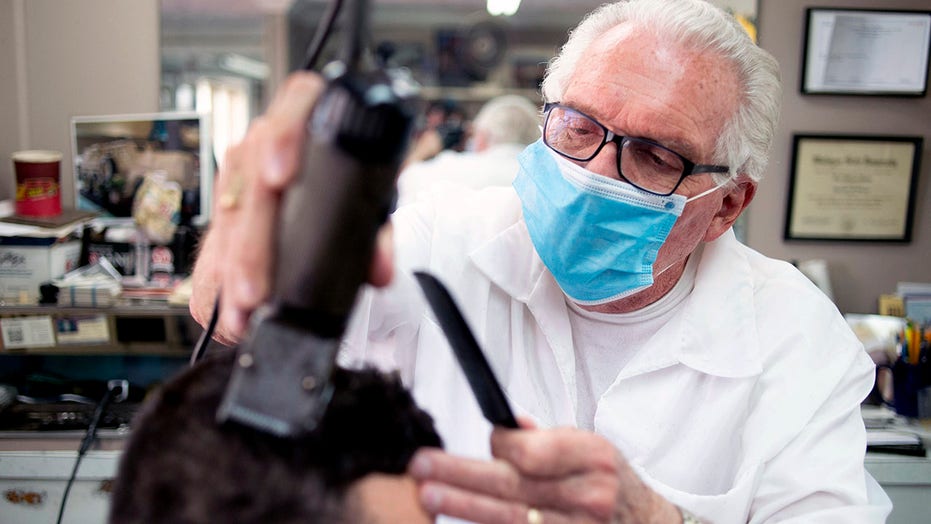 A Michigan barber, who reopened his shop Monday in defiance of Gov. Gretchen Whitmer’s coronavirus lockdown order, says that even though he was issued tickets that could see him face jail time and fines, he will continue working until police arrest him, Taser him or “Jesus walks in.”

Karl Manke, 77, told local media outlets that police had cited him twice for reopening his barbershop in Owosso, where he has cut hair for 60 years. He said he is due in court on June 6.

Barbershops and hair salons have been closed in Michigan, and other parts of the country, following the governors’ executive orders meant to slow the spread of COVID-19.

Those who violate Whitmer’s order in Michigan can face a 90-day misdemeanor and/or a $500 fine. Whitmer has been criticized for her strict lockdown, prompting armed demonstrators to protest at the Capitol last week.

Manke has already given nearly 100 haircuts, and fields more calls than that daily, all while continuing to cut hair. (Jake May/The Flint Journal via AP)

“I don’t need the governor to be my mother," Manke told the Flint Journal. “I have one. God bless her, she’s gone now. I don’t need another mother. I can make these adult decisions myself.”

Manke said money has been tight since the shutdown and he can no longer afford to stay closed. Even with the potential consequences, the 77-year-old said he plans on keeping his doors opens.

“Heavens yes, I’m staying open unless they take me out in handcuffs or Taser me,” he told the paper. “I’ll be open until Jesus walks in or until they arrest me.”

He has already given nearly 100 haircuts, and fields more calls than that daily, all while continuing to cut hair. Manke has been working as many as 15 hours a day to field the demand for grooming. He wears a mask as he cuts hair, uses an ultraviolet light to sanitize his tools and follows other sanitary measures.

“Our main goal is to support the community and small businesses,” Tran told the paper. “I feel like every business should be open and they can do it safely.”

The barber’s defiance has attracted support all across Michigan, with residents showing up for haircuts from Detroit and Muskegon, a nearly two-hour drive, The Argus-Presse reported. Supporters showed up outside the shop Wednesday, waving flags and honking horns.

Manke said he's received support out of all corners.

“I had a policeman stop by this morning and he said – I thought OK, here it is, it’s done – he said, ‘I love you,’ and walked out,” Manke told WLNS-TV.

Since Manke’s story made headlines, Owosso Public Safety Director Kevin Lenkart said the city no longer plans to issue further citations but will let those already issued play out in court, according to the Argus-Presse.

Local attorney Bill Amadeo told the paper he is representing Manke. He said the 77-year-old is “an upstanding member of his community that is trying to support himself.”