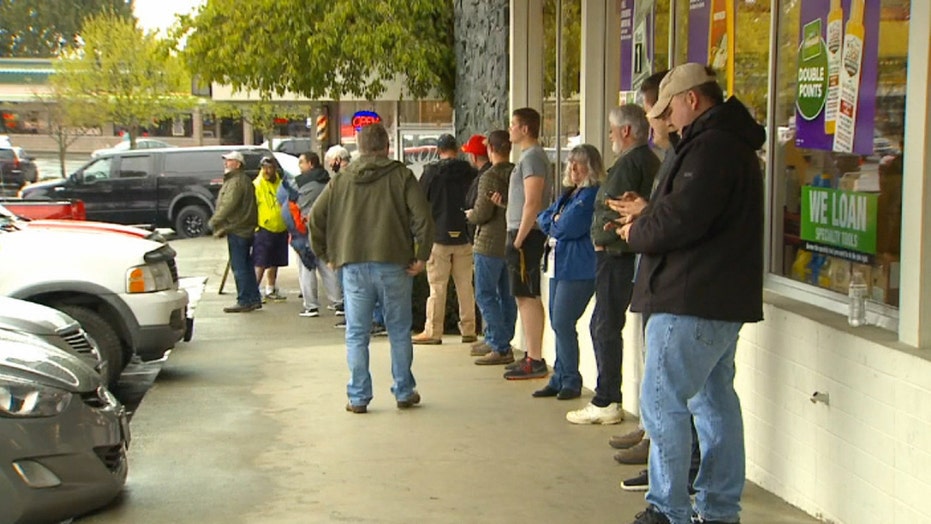 Snohomish barbershop owner says he opened back up for business after the county sheriff said he wouldn't enforce the state's 'stay-at-home' order in an April Facebook post.

A Washington barber defied Gov. Jay Inslee’s “stay-at-home” order on Saturday and opened his shop to a long line of supportive customers.

Bob Martin, a former Marine who has operated the barbershop for over five decades, initially followed the directive and closed shop for about a month, Q13 FOX reported. As the order dragged on and money became tight, Martin said he reopened in secret and cut hair without turning the lights on.

It appeared Martin would have to remain closed for the near future after Inslee on Friday extended the state’s stay-at-home order through May 31. Under his four-phase plan to reopen the state, barbershops and hair salons wouldn’t open until Phase 2, which is not expected to begin for several weeks.

But Martin now says he’s tired of waiting for the government to give the green light on when to reopen.

He said he turned the lights and “Open” sign back on after seeing Snohomish County Sheriff Adam Fortney’s Facebook post from last month that said he will not enforce the governor’s order because it is a violation of constitutional rights.

“If they fine me, take away my license, or not renew it, I’m going to operate anyway,” Martin told the station. “What are you going to do now? I don’t need a piece of paper to do what I’ve been doing for 60 years.”

Martin said he received support from customers who lined up outside the shop over the weekend, with some leaving extra tips and even paying double.

"I think more people are going to suffer from not being able to pay their bills than will ever suffer from the virus," customer Eddie Donovan told KOMO News.

The coronavirus has killed 834 of the 15,185 Washingtonians the virus sickened as of Sunday, according to state health department data.

While hair salons and barbershops in states like Georgia, West Virginia, and Kansas have been allowed to reopen, shops forced to remain closed in other states are, like Martin, feeling the economic strain under the lockdown.

Hair salon owner Lindsey Graham, of Salem, Ore., told FOX12 she was reopening Tuesday, despite the potential legal consequences, for her family’s well-being.

“I’m risking going to jail to do it,” Graham said. “That’s how important it is to my family.”

Under Democrat Gov. Kate Brown’s executive order, Oregon businesses that don’t comply can be shut down, while citizens could face misdemeanor charges, jail time, or a fine, according to the station.