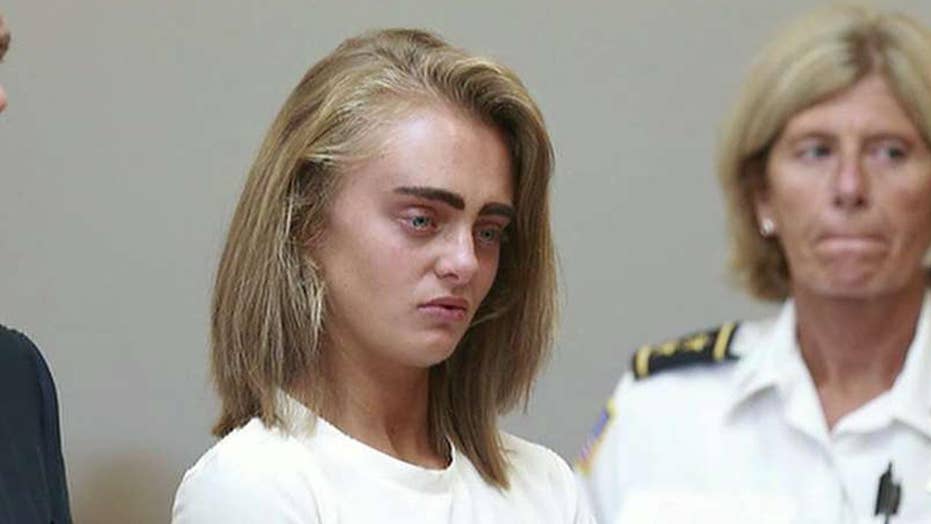 Michelle Carter, the Massachusetts woman convicted of encouraging her boyfriend to commit suicide in 2014, will be released from prison sometime next week after serving less than 10 months of her 15-month sentence, officials say.

Carter, who was found guilty of involuntary manslaughter in the 2014 death of 18-year-old Conrad Roy III, will be released from the Bristol County House of Correction in Dartmouth Thursday, less than a year after she was sentenced on Feb. 11, 2019, the Bristol sheriff’s department said Monday.

A judge determined that Carter, who was 17 at the time, caused the death of Roy when she ordered him in a phone call to get back in his carbon monoxide-filled truck, parked in a Kmart parking lot, and take his own life.

A judge determined that Carter, who was 17 at the time, caused the death of Conrad Roy III, when she ordered him in a phone call to get back in his carbon monoxide-filled truck that he'd parked in a Kmart parking lot and take his own life.  (Facebook)

The phone call wasn't recorded, but the judge relied on a text Carter sent her friend recounting the conversation wtih Roy. In several text messages sent in the days leading up to Roy's death, Carter also encouraged Roy to follow through with his suicide plan.

Carter, now 23, was reportedly eligible for early release after jail officials said she accrued enough “good time” credits for good behavior while incarcerated. She had been denied parole last September.

“There have been no problems and she has been attending programs, which is common at state facilities like the Bristol County House of Correction,” Jonathan Darling, a spokesman for the sheriff's office, said.

News of Carter’s release comes as the Supreme Court decided Monday that it will not take up her case.

Carter's lawyers argued in their appeal that the conviction should be thrown out because it was an “unprecedented” violation of her free speech, raising crucial questions about whether “words alone” are enough to hold someone responsible for another person’s suicide.

The lawyers also argued there simply was not enough evidence to prove Carter urged Roy to get back in his truck to die, or that he would have lived if she had called for help or tried to save his life.