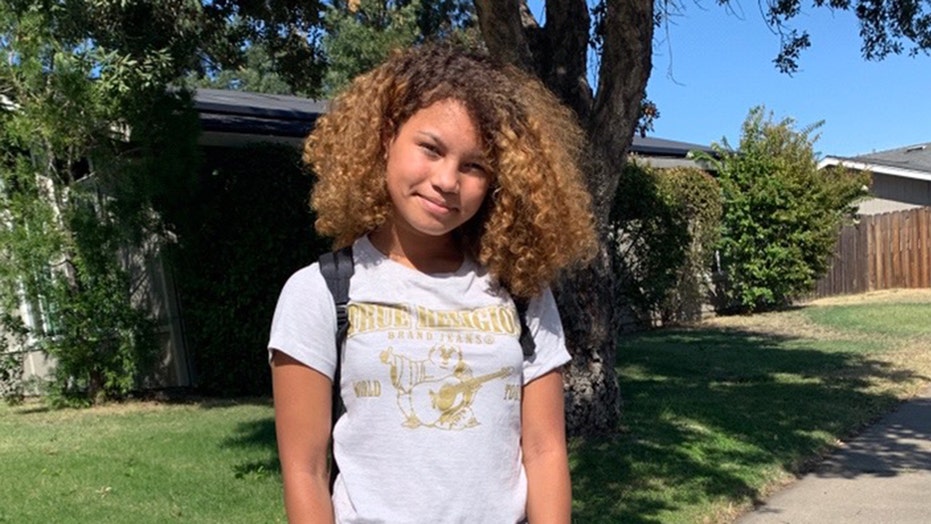 Two kids were killed and several more were injured on Friday afternoon when a van carrying 10 -- all between the ages of 12-17 -- crashed and overturned in a Stockton, Calif., canal.

Dozens of family members and friends left candles and shared memories of the two students during a memorial at the crash site on Saturday.

“She was pretty, smart, really helpful at home,” Sayasit’s grandmother, Kristina Sayasit, told FOX40. “I wish I could see her when she left, stop her, but I didn’t know.”

“He was my brother. I was always together with him,” Wilson’s friend Anakin Salazar told the outlet. “I was just talking to him and now he’s gone out of my life."

Officials say the van had 10 people inside when the driver lost control of the 2006 Toyota Sienna and veered to the left of the roadway before driving into White Slough on Nov. 22.

The outlet reported that some of the teens weren't wearing seatbelts and the 17-year-old driver did not have a license.

Officials added that alcohol didn't seem to play a role in the crash.

Sariah Sayasit, 12, was killed and several more were injured on Friday afternoon when a van carrying 10 teens crashed and overturned in a Stockton, California canal. (Sariah Sayasit - GoFundMe)

“I don’t know why the mom let her drive the van and pick up all the kids,” Sayasit told FOX40.

The eight other teenagers in the van were sent to local hospitals with minor to moderate injuries, including hypothermia from being partially submerged in the cold water. A few have already been released.

The cause of the crash is under investigation, while a GoFundMe page has been set up for the family of Sayasit.

"Everywhere she went she came with the biggest smile and warm heart. She was the third of 5 children in the family," said the GoFundMe page. "She is survived by her father, grandmother, three sisters, one brother and she was loved by many. Rest in Paradise sweet baby girl. God has gain[ed] a beautiful angel."

The Lodi Unified School District released a statement regarding the incident Saturday on their Facebook page.

"We are deeply saddened to share that two students passed away yesterday in a car accident."

"The District will provide counseling and bereavement support services at Bear Creek High School and Delta Sierra Middle School as our two school communities process this tragic news and cope with grief. Stockton Police Department chaplains will also be available to assist students and staff during this difficult time."

"Our sincere condolences and thoughts go out to the families affected by this tragedy. We also offer our condolences to Bear Creek and Delta Sierra students and staff members."