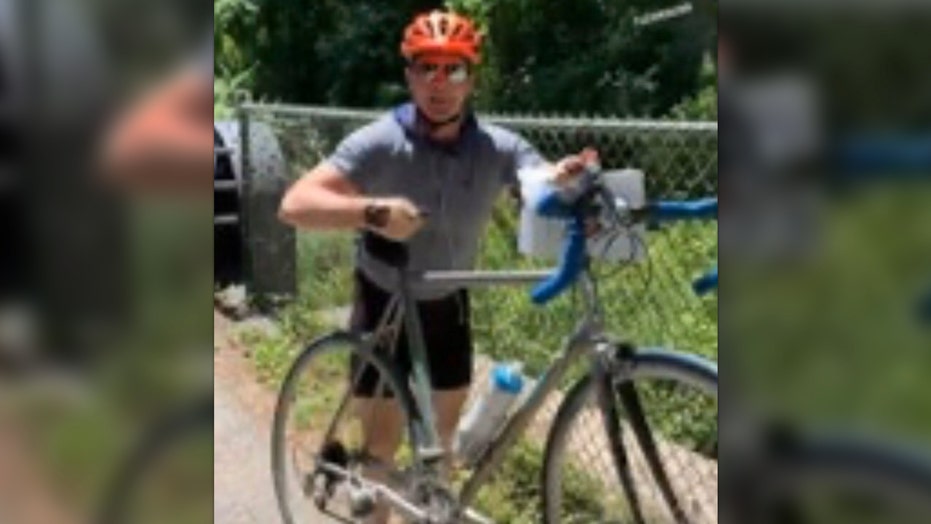 A Maryland cyclist arrested and charged with assault Friday for  a confrontation with teens posting police brutality posters said he’s “sick with remorse.”

The suspect, identified as Anthony Brennan III, 60, of Kensington, Md., allegedly forcibly grabbed flyers from the hands of the teen, who was among a group posting the flyers along the Capital Crescent Trail around 12:45 p.m. Monday.

Police say the suspect also pushed his bike toward a male member of the group, causing him to fall to the ground.

“I am sick with remorse for the pain and fear I caused the victims on the trail, and online,” Brennan said in a statement through his lawyers to the Washington Post. “I am cooperating fully with authorities. I am committed to making amends by addressing, through counseling, the underlying issues that led to my abhorrent behavior.”

Brennan’s attorneys Andrew Jezic and David Moyse said their client “recognizes that his outrageous behavior toward the young adult victims on the Crescent Trail was unacceptable and wrong” and the “outrage felt in our community and across our country is completely justified.”

The 30-second video was shot by a teenage boy who was a friend of the girl and was given to Maryland-National Capital Park Police. They then released photos of the suspect and said he was wanted for assault.The video had been seen more than 19 million times.

Brennan was charged with three counts of second-degree assault.

In the video, the girl, who cops say was attacked, is heard screaming “Get away from me!” as the man grabs her flyers.

The boy told FOX 5 that the man was “screaming at us, saying we are ‘inciting’ riots and calling us ‘deviants.’”

He told the station the suspect also took a swing at him.

One of the teens said their group had worked with #signofjustice project and distributed 500 flyers in the D.C. area.

“I wanted to inspire people to take action and show them what they can do,” the teen said.

Brennan is a father-of-three and co-owns a business that distributes logos for promotional products like clothing and coffee mugs, Jezic said.

“Mr. Brennan understands that his apology will not be enough to right his wrongs,” his lawyers said.