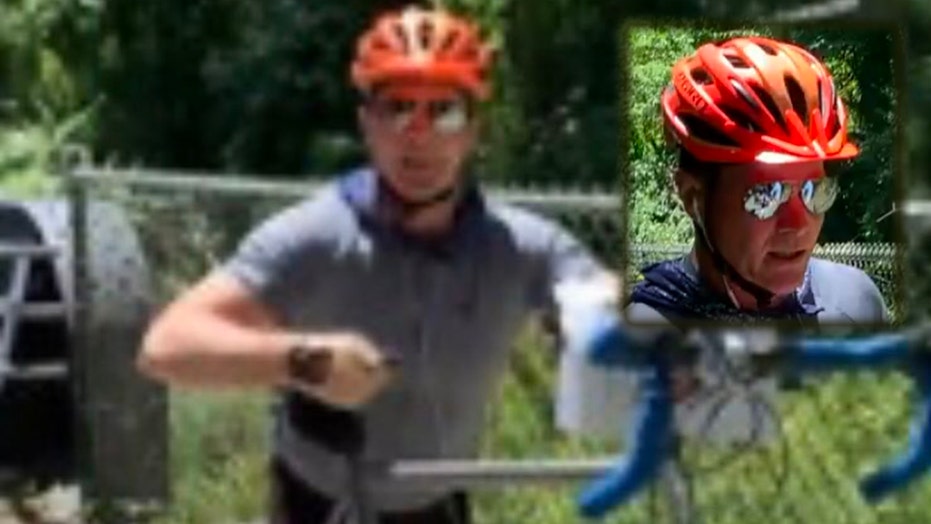 Maryland police are looking for a man they say attacked a teenage girl posting flyers protesting the death of George Floyd in a video that went viral.

It happened Monday on the Capital Crescent Trail in Bethesda, just outside Washington.

The 30-second video was shot by a teenage boy who was a friend of the girl and was given to Maryland-National Capital Park Police. They then released photos of the suspect and said he was wanted for assault. The photos show a man in sunglasses and a bike helmet. The video has been seen more than 19 million times.

In the video, the girl, who cops say was attacked, is heard screaming “get away from me” as the man grabs her flyers.

FAMILY OF WOMAN KILLED AT IOWA PROTEST CALLS FOR END TO VIOLENCE: NO FAMILY SHOULD BE 'GRIEVING THE WAY WE ARE GRIEVING'

The boy told Fox 5 that the man was “screaming at us, saying we are ‘inciting’ riots and calling us ‘deviants.’”

He told the station the man also took a swing at him.

Minneapolis police officer Derek Chauvin has been arrested on a murder charge after he was seen on video pressing his knee on Floyd’s neck, ignoring Floyd’s “I can’t breathe” cries and staying on him even after he stopped moving.