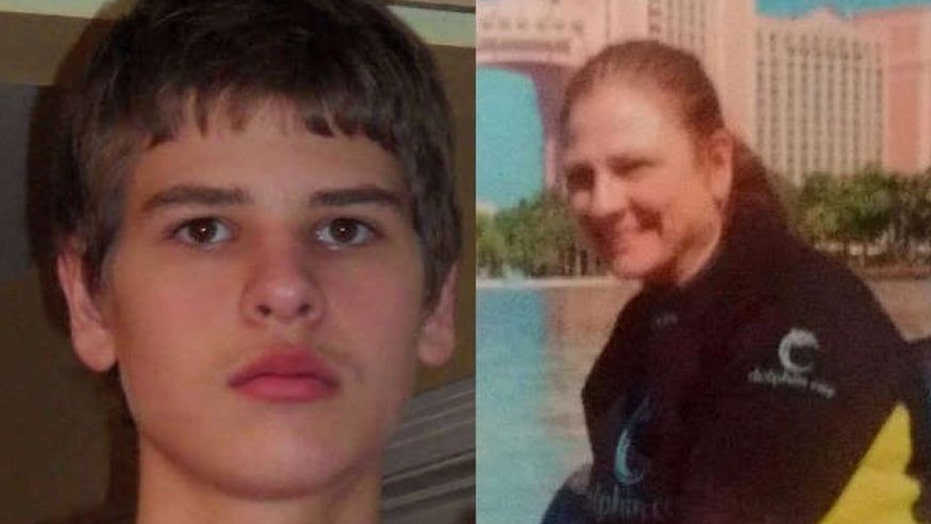 A Vermont man missing for a little more than a week out at sea was found 100 miles south of Martha’s Vineyard Sunday on a life raft and in good condition, the U.S. Coast Guard said.

Nathan Carman’s mother Linda Carman, 54, was also missing at sea, but she hasn’t been found. The two left for a fishing trip out of Port Judith, R.I. on Sept. 17, according to the Hartford Courant. Coast Guard Petty Officer 3rd Class Nicole Groll said officials hadn’t told her what Carman had said about his mother’s whereabouts.

“She was not in the raft,” Groll added. “The whole situation is under investigation.”

Groll said that a freighter found Carman’s raft and took him on board. The ship is expected to port Tuesday, but wasn’t sure which city it was going to dock in.

The Coast Guard began its search for the pair on Sept. 18 and by Tuesday, the area had expanded to 11,000-square-mile area of the ocean. Search crews from Cape Cod, Maine, New York and North Carolina were all involved.

Monte Montegrio told Fox 61 that Nathan, 22, and Linda Carman, both from Middletown, C.T., that the two left Ram’s Point Marina in Rhode Island on last Saturday evening and that they frequently meet up to go fishing ever since Nathan moved to Vermont. They’ve traveled as far as Alaska for fishing trips.

"Linda and Nathan go out at least monthly," Sharon Hartstein, another family friend, told The Courant. "They like to fish."

Nathan Carman, who has Asperger’s Syndrome and vanished for a period of time in 2011 after his favorite horse died, according to Fox 61. He was found in Virginia a few days later and was unharmed.