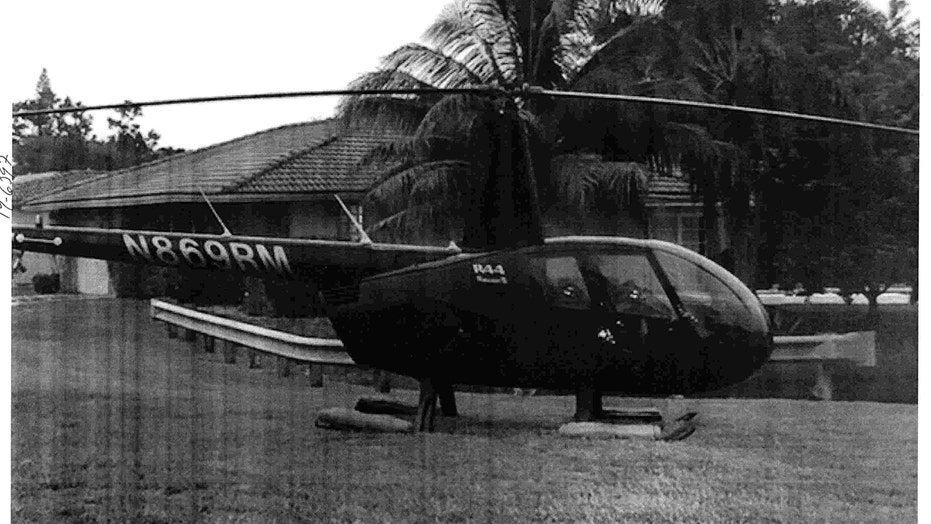 A Florida city has issued a citation to a man who landed a helicopter in a friend's backyard as a stunt when he showed up for a party.

The city of Coral Springs says Kfir Baranas pulled off the chopper trick in June in violation of an ordinance against unauthorized landings and takeoffs of aircraft.

But Baranas, 41, is fighting back, arguing that as a licensed pilot he should be allowed to land where he did because he wasn’t flying in restricted airspace, the Florida Sun-Sentinel reports.

“It’s private property,” he told the paper. “Why should the city prevent that?”

Kfir Baranes was cited for landing this Robinson R44 Raven II in a backyard in Coral Springs, Florida. He is fighting the citation.<br><br> (City of Coral Springs)

Baranas said he dropped in on his friend in a Robinson R44 Raven II helicopter to surprise her on her 45th birthday.

The paper reported that neighbors were even more surprised at the sight of the helicopter on their quiet block, with some calling police, who then shut down the street.

The paper quoted a spokesman for the Federal Aviation Administration as saying there is no FAA regulation prohibiting the landing if the pilot had the approval of the property owners and it was a “safe operation.”

She was also quoted as saying that to land there, the pilot would have to have the approval of the Florida Department of Transportation.

The agency wasn’t commenting, nor were Coral Springs officials, the paper reported.

Baranas has refused to pay the $500 fine and instead is taking Coral Springs to trial in September.

“It’s not about the money, it’s about the principle,” he told the Sun-Sentinel.