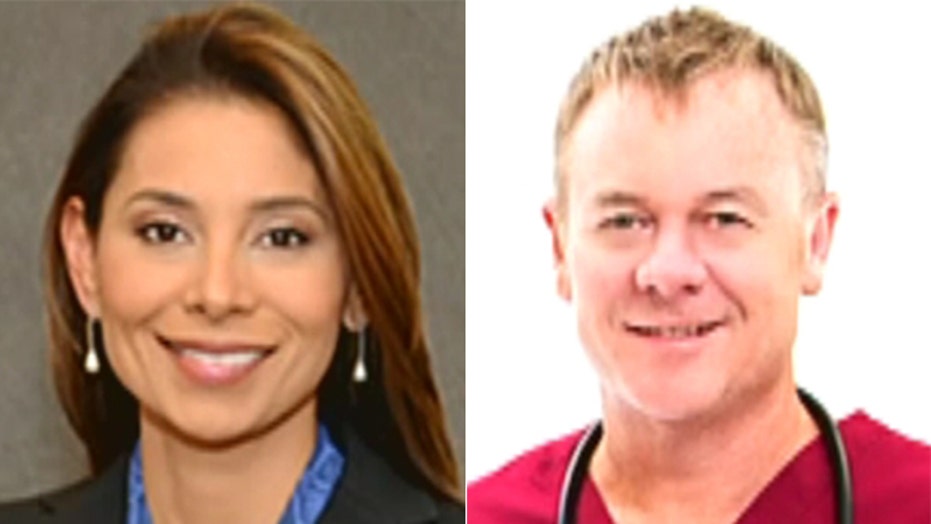 A murder suspect who allegedly killed two Boston doctors who were engaged in 2017 claimed he had an affair with one of the doctors before the killing, and even had sexual relations on the day of the murder.

Bampummim Teixeira is the former doorman of a luxury condo building in South Boston where Dr. Richard Field and Dr. Lina Bolanos lived; he is the suspect in their murder.

According to the management company, he had only worked as a doorman at the building for “a few short weeks.” Teixeira had been released from prison before the murders after serving time for a bank robbery.

Field and Bolanos were found in their 11th-floor condominium in May 2017 with their hands bound and their throats slit. Field had sent a text message to a friend before he died that there was a "gunman in the house," but when police arrived it was too late, according to prosecutors.

Cut-up photos of the couple and a message of retribution was written on the wall with blood, The Boston Globe had reported.

Officers arrested 30-year-old Teixeira after firing shots down a dark hallway. He was wounded in the hand, leg and abdomen.

In an interview the morning after the murders, which was played in court Thursday, Teixeira can be heard telling police he had an affair with Bolanos when he worked at the concierge desk of the building where she lived with her fiance.

He told authorities the affair lasted two months and said Bolanos snuck him into her apartment, according to Boston 25 News.

Teixeira also alleged he and Bolanos had intimate relations the day of the murders. He claimed he had spent several hours there that day. He said Bolanos complained to him that her husband was physically abusive toward her.

According to Teixeira’s testimony, when Field got home and caught the two having an affair, he became enraged with jealousy and killed his wife. Teixeira said he then killed Field in self-defense.

He assured detectives he was innocent. He told them he was wearing gloves at the time because he was cold. He said he had around $900 on him because he was homeless and staying at a shelter.

Dr. Richard Atkinson, the medical examiner, said Field was stabbed on the right side of his neck while Bolanos had 24 sharp-force injuries all around her neck. Blood DNA from both victims had been found on two different sleep masks.