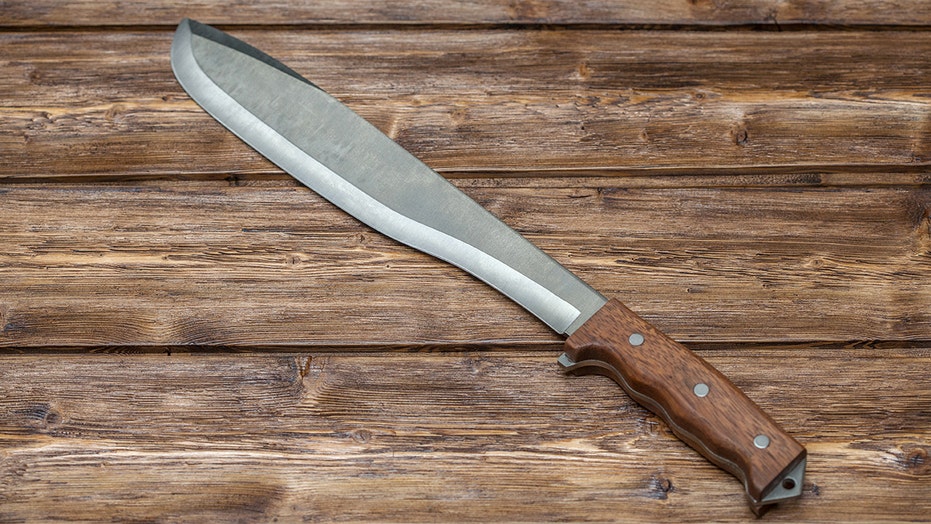 A Kentucky man was arrested outside the Pentagon recently after he showed up with a loaded shotgun and a machete in his truck, claiming to be there on "liberty business," according to a report.

He admitted to having a weapon in his car when questioned and also to having spent the day drinking alcohol, WTOP reported Monday, citing court documents.

PENTAGON TESTING MASS SURVEILLANCE BALLOONS ACROSS THE US

Police handcuffed Lawson and searched his vehicle. They discovered a loaded 12-gauge shotgun, a box of shotgun shells, an 18-inch machete and a pocketknife in his pickup truck, as well as an open bottle of whiskey and white paper with a "green leafy substance" wrapped inside, according to court documents.

File image of a machete. Police said the suspect also had a loaded shotgun. (iStock)

Lawson told police he had driven overnight from Pineville, Ky., stopping only for gas.

Police took Lawson to the hospital for evaluations, where he commented to a doctor about being diagnosed as a schizophrenic, court documents said.

Lawson had been involuntarily hospitalized in November 2018 for mental illness, a background check found, and he cannot legally have a gun.

Lawson is facing a federal charge of unlawfully possessing a firearm after being previously committed to a mental institution.