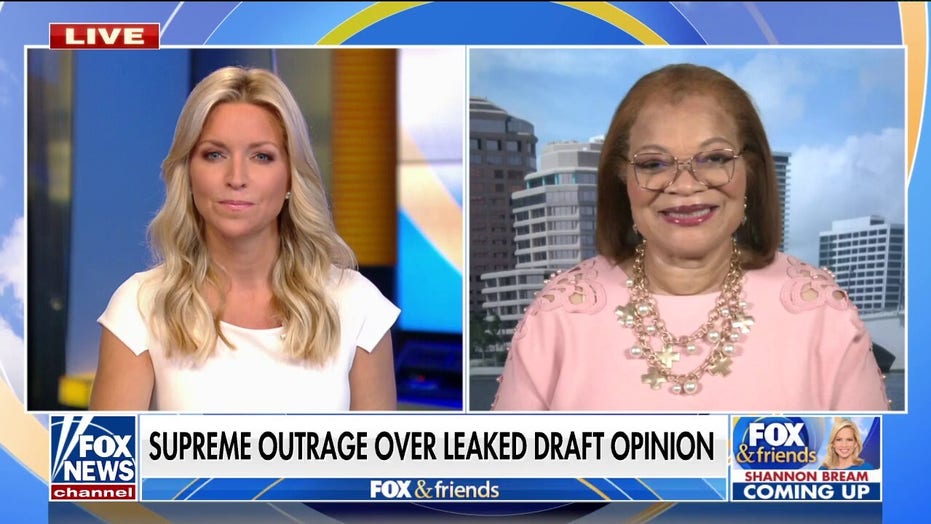 Dr. Alveda King reacts to Biden for defending abortion right as 'child of God': 'Life is a gift'

The Fox News contributor joined 'Fox & Friends' to react to the president's remarks and Supreme Court workers forced to build a fence around the highest court amid fallout over the leaked ruling.

A Louisiana House committee approved a bill that would make abortion a crime of homicide, in which pregnant women ending their pregnancy and people who assist the women could be charged.

The bill, called the Abolition of Abortion in Louisiana Act, would ensure "the right to life and equal protection of the laws to all unborn children from the moment of fertilization by protecting them by the same laws protecting other human beings."

The Louisiana House’s criminal justice committee approved the bill in a 7-2 vote Wednesday. Republican state Rep. Danny McCormick introduced the bill in the House earlier this year, and it was voted on just days after a leaked Supreme Court draft decision suggested that the nation’s highest court will overturn Roe v. Wade.

"If more than 15 states can defy the federal government over marijuana, we can do it to save the lives of innocent babies," McCormick said on social media of the bill.

The Louisiana bill also declares that any federal law, regulation or court ruling that allows abortion is void and that any judge who blocks enforcement of the bill's provisions could be impeached.

Additionally, Louisiana already has a "trigger law" criminalizing abortion if Roe v. Wade is overturned, which would subject doctors or others who perform abortions to up to 10 years in prison. The law, however, does not call for prosecution of pregnant woman.

The Abolition of Abortion in Louisiana Act would amend homicide statutes, and abortion rights attorneys have decried it as subjecting women to prosecution.

"This is saying that people can be charged with murder for any act that they take against their own pregnancy," said lawyer Ellie Schilling.

One of the state representatives who voted in favor of the bill said it is unconstitutional and would likely be struck down in state or federal courts if it becomes law.

The bill will now proceed to the full House for debate.