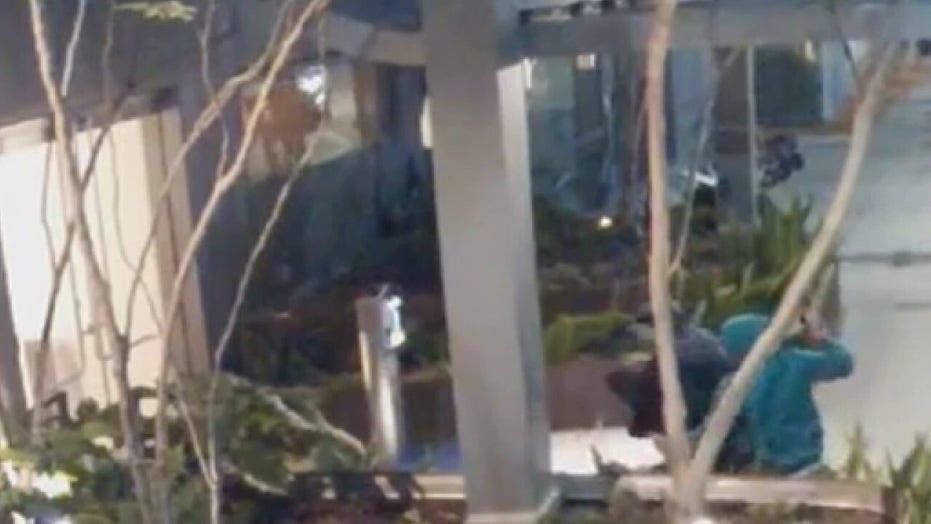 A group of armed follow-home robbers were caught on video beating and pistol-whipping a victim outside his downtown Los Angeles home Sunday, authorities said.

Los Angeles police identified street gangs as the perpetrators behind the brazen follow-home robberies, where people are followed home from posh locations, stripped of their jewelry or other possessions and sometimes shot.

"We have seen countless individuals traumatized by having a gun pointed at them,"  Capt. Jonathan Tippet, who spearheads an LAPD "follow-home robbery" task force, told the city Police Commission on Tuesday. "Many others are dealing with the trauma and injuries from being tackled, kicked, beaten, punched and are pistol-whipped to the head."

At least 17 gangs, most of them based in South Los Angeles, independently staged robberies, sometimes using spotters to target people wearing high-end watches or driving expensive cars, according to Tippet.

As many as five carloads of people have followed home some targets, Tippet said.

Three suspects in armed follow-home robberies were arrested earlier this month, including one man who has been arrested three times already this year.

While a pair of armed follow-home robbers were seen on camera last month pistol-whipping a victim outside his downtown Los Angeles.

Tippet said there were 165 such holdups last year and 56 so far this year, including five over a recent two-day span. Thirteen victims were shot, including two people who died.

Tippet said such attacks were "almost unheard of" before last year.

"In my 34 years in the LAPD, I have never seen this type of criminal behavior" in such large, coordinated groups, Tippet said.

Los Angeles has been plagued with crime in recent months, including police issuing repeated warnings of follow-home robberies late last year, smash-and-grab robberies and an increase in homicides last year, including the fatal shooting of philanthropist Jacqueline Avant while she was in her affluent Beverly Hills home.