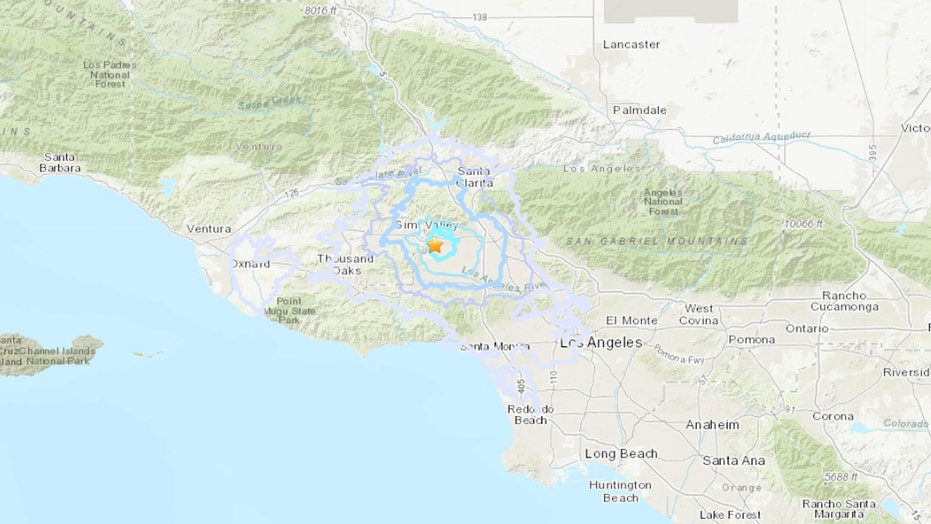 The Los Angeles area was rattled by a magnitude-3.3 earthquake early Sunday morning.

The quake was centered about one mile northwest of Chatsworth, a neighborhood in the San Fernando Valley, according to the U.S. Geological Survey.

According to the USGS, the quake struck around 3:19 a.m. local time and had a depth of just over four miles.

There were no immediate reports of injuries or damage.

Some area residents took to social media to say the temblor woke them in the middle of the night.

"Woke me from a dead sleep. Lots of loud rattling," one person who lives near Chatsworth posted on Twitter.

"I felt it also in Studio City," another person wrote. "It seemed like several earthquakes in quick succession."

The quake comes nearly two weeks after a magnitude-3.7 temblor shook Los Angeles on April 22. That quake came after a series of three earthquakes of 3.0 or higher in a 10-day period.

Los Angeles sits on a number of fault lines and usually gets several small earthquakes each year.

According to the Los Angeles Times, a three-year data sample shows that California and Nevada are hit with an average of 234 earthquakes that have magnitudes between 3.0 and 4.0 per year.

A magnitude-6.4 quake rocked the Mojave Desert about 120 miles north of Los Angeles before a 7.1 rattler hit the next day, followed by more than 100,000 aftershocks.

A study released in October from the California Institute of Technology and NASA's Jet Propulsion Laboratory found that the Garlock Fault – which runs east to west for 185 miles from the San Andreas Fault to Death Valley started to move for the first time in 500 years after the series of quakes.

California has the nation's first Earthquake Early Warning System. Ground sensors from across the state detect earthquakes before humans can feel them, giving people warnings seconds before the shaking starts.