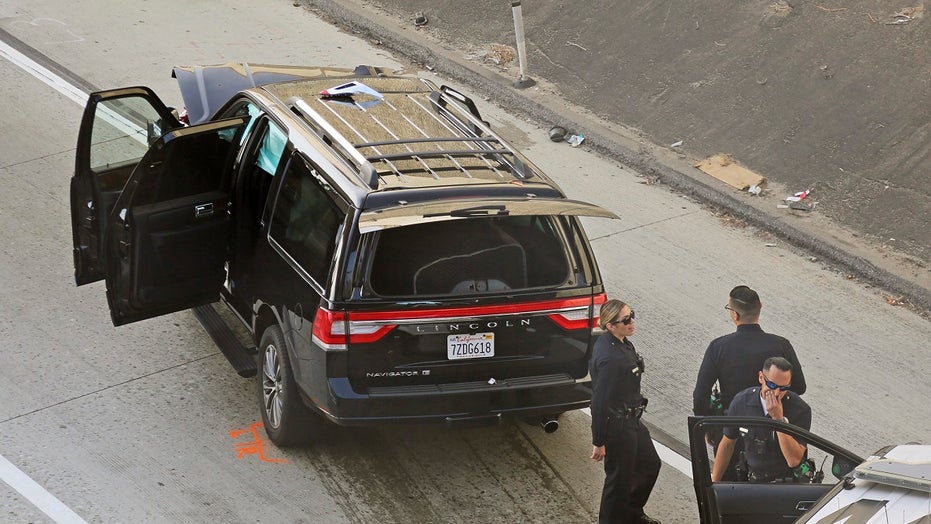 A 25-year-old transient accused of stealing a hearse with a dead body inside near Los Angeles, and leading police on a wild chase that ended with a crash, has been charged in the caper.

James Juarez faces felony charges of fleeing a peace officer while driving recklessly and taking a vehicle without consent, the Los Angeles County District Attorney’s Office said in a statement.

Authorities said Juarez stole a 2017 black Lincoln Navigator parked outside St. Anthony Greek Orthodox Church in East Pasadena on Feb. 27. The driver left the keys in the ignition while taking another corpse from the vehicle into the church, KTLA-TV reported.

GUNS OF OUTLAWS BONNIE AND CLYDE TO BE AUCTIONED

Los Angeles police officers stand after a pursuit of a stolen hearse with a casket and body inside on Interstate 110 in South Los Angeles last week. The hearse was stolen from outside a Greek Orthodox church in East Pasadena on Wednesday night. (AP Photo/Reed Saxon)

The SUV was gone when the driver returned.

Someone spotted the vehicle the following morning and notified law enforcement. An attempted vehicle stop failed and a chase ensued. The pursuit ended when Juarez allegedly crashed on Interstate 110 in South Los Angeles.

The casket with the body was inside, police said. The body was taken to a mortuary and the SUV was impounded, according to the news station.

Juarez faces up to more than three years in prison.