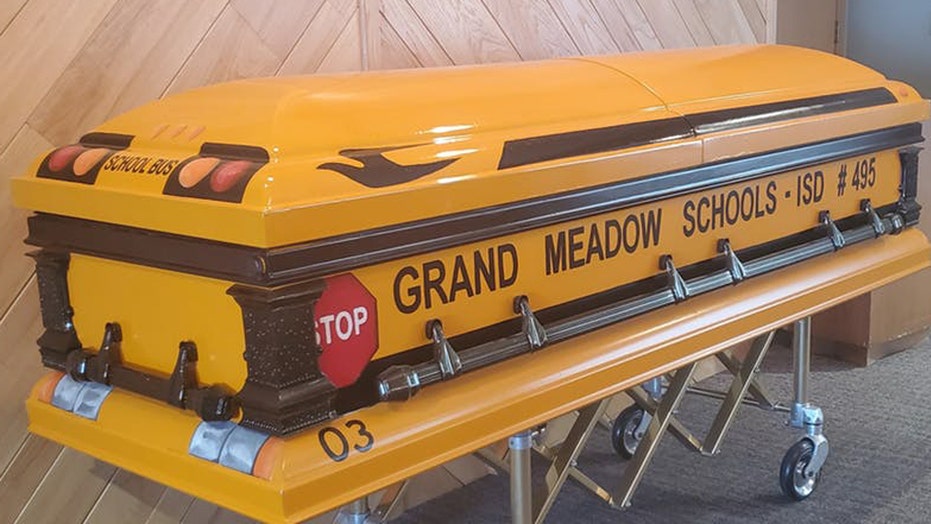 After being a school bus driver for 55 years in southern Minnesota, Glen Davis got the send-off of his dreams.

The beloved bus driver, known as "Glennie" to generations of schoolchildren in the Grand Meadow community, died at 88 years old on Saturday, according to his obituary.

FLORIDA PASTOR OFFERS 'CHALLENGE' TO PEOPLE WHO STOLE HIS CAR

“Everybody loved him,” Davis' daughter, Lisa Hodge of Rochester, told the Star Tribune. “He was a big supporter of the school and the football team.”

Gen Davis died Feb. 15, 2020 at the age of 88 after driving a school bus for his community for 55 years. He got the casket of his dreams. (Hindt Funeral Home)

The lifelong farmer, who was born and raised in the area, wore a "Great Grand Meadow" hat, prided himself in his accident-free driving record, and though he retired in 2005 after driving for the Grand Meadow District since 1949, he continued volunteering as a driver for Meals on Wheels.

Jim Hindt, the owner of Hindt Funeral Home, gifted him a school bus-themed casket, something he thought of 20 years ago.

A mass of Christian burial will be celebrated on Friday at St. Finbarr's Catholic Church.