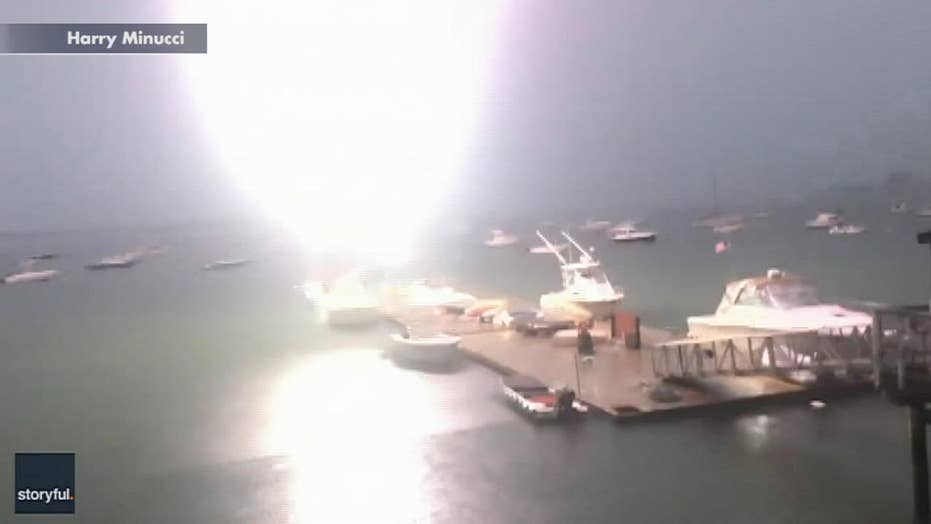 This electrifying moment was captured on camera.

As powerful thunderstorms rolled through Massachusetts and New England on Saturday, one man was recording as lightning struck a nearby boat in South Boston.

Minucci said he took out his camera after seeing the lightning strikes in the distance, but couldn't believe it when he captured the moment the lightning bolt hit the boat.

The vessel's owner wasn't on the boat at the time and no injuries were reported.

The National Weather Service's Boston office issued an area flood warning Saturday afternoon as thunderstorms moved through the area. The storms produced up to 1.4 inches of rainfall and brought the threat of urban and poor drainage flooding.

Video of the lightning strike caught the attention of the NWS's office, which said on Twitter it was "a great example of why we say 'When Thunder Roars, Go Indoors!'"

So far this year, there have been seven lightning strike-related deaths this year, according to the NWS. Those deaths were reported in Florida, Texas, Kentucky, Pennsylvania, South Carolina and Alabama.