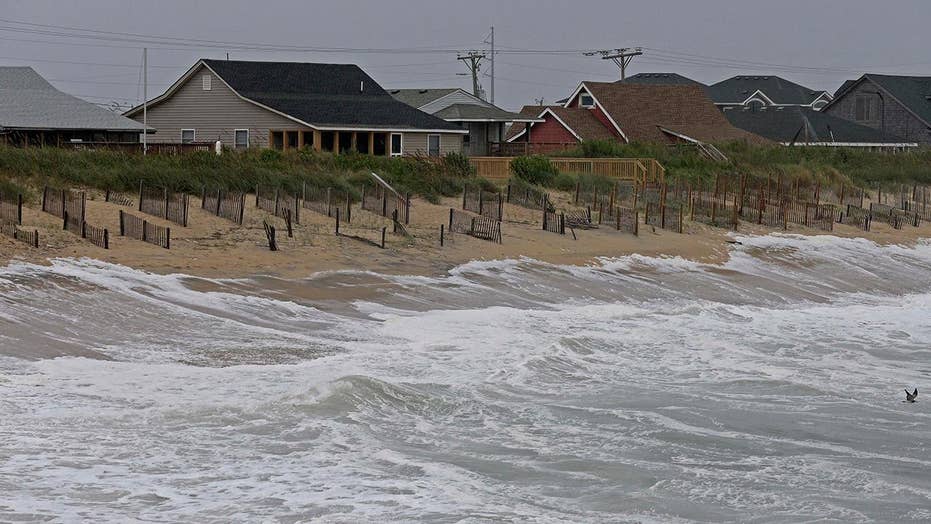 Hurricane Florence's impending fury has a North Carolina bar owner saying "last call" for the first time, after more than a decade of keeping the tavern open through all manner of natural disasters.

Florence – a massive Category 2 hurricane with life-threatening winds and rain – barreled closer and closer to the region Thursday, and the dire warnings and pleas from local, state and national officials finally convinced Janice Bynum to close up shop at the Tackle Box Tavern.

“Christmas, Thanksgiving, [we were open during] everything,” Bynum, the Atlantic Beach bar's owner, told the News Observer. “I’ve lived here 34 years. This is the worst one I’ve ever heard coming in my life.”

Hurricane Florence was downgraded to a Category 2 storm late Wednesday night, but authorities warned the lower number does not mean residents should let their guard down and urged anyone in the storm's path to take all precautions necessary.

Hurricane historian: Be prepared for Florence

Author of 'North Carolina's Hurricane History' Jay Barnes speaks out on lessons learned from past storms on 'Fox & Friends.'

As of 8 a.m. ET, Florence was about 170 miles east-southeast from Wilmington, N.C., and about 220 miles east-southeast of Myrtle Beach, S.C. It is moving northwest at about 12 mph with maximum sustained winds of 110 mph. The National Hurricane Center warned residents to not focus on the hurricane’s wind speed category because “life-threatening storm surge flooding, catastrophic flash flooding and prolonged significant river flooding are still expected.”

Bynum said she has owned the Tackle Box for 11 years. It’s the neighborhood dive bar that has seen residents in the past cozy up as Mother Nature battered it from the outside. Before Wednesday, the doors were only locked late at night, after closing time.

She told the News Observer the only time she actually took precautions ahead of a hurricane was in 2014 for Hurricane Arthur. And even then, the doors remained open for most of the storm and reopened the next day.

“[Reporters] interviewed us, gave me a hat, interviewed me on the beach, and came in the bar and come in and talked to everyone” Bynum said.

However, as Florence continues to knock on the proverbial door, Bynum can only remember Hurricane Hazel, which decimated the region in 1954.

Plane flies into the eerily calm eye of Hurricane Florence

She said Hazel made her grandfather fear that it was “going to tear our house down,” – a concern shared in many homes around the state on Thursday about Florence.

“We would be open, but nobody else is open,” Bynum said. “I mean, the grocery stores. Everything’s closed. And, you know, it looks bad to be encouraging people not leaving.”

Bynum’s fiance, Richard Porter, is the Mayor pro-tem of Atlantic Beach and has been telling local residents they must evacuate for their safety. It was this message that also helped her decision to close up shop.

“[I don’t want] people drinking and partying, and (thinking), ‘I was going to leave and now I’m not,” she said. “I’m not going to get blamed for that. You need to leave.”

Bynum and Porter have left Atlantic Beach and will be waiting out the storm in a hotel room just across the Bouge Sound.

They hope to reopen the doors to the Tackle Box as soon as they can.

“We’ll sell beer out of coolers and use an old tin lunchbox for the cash box if we have to,” Porter said, to which Bynum added: “We’ll have ice, and we’ll open up without electricity. If the building’s here, and in place, and the beer boxes aren’t underwater.”