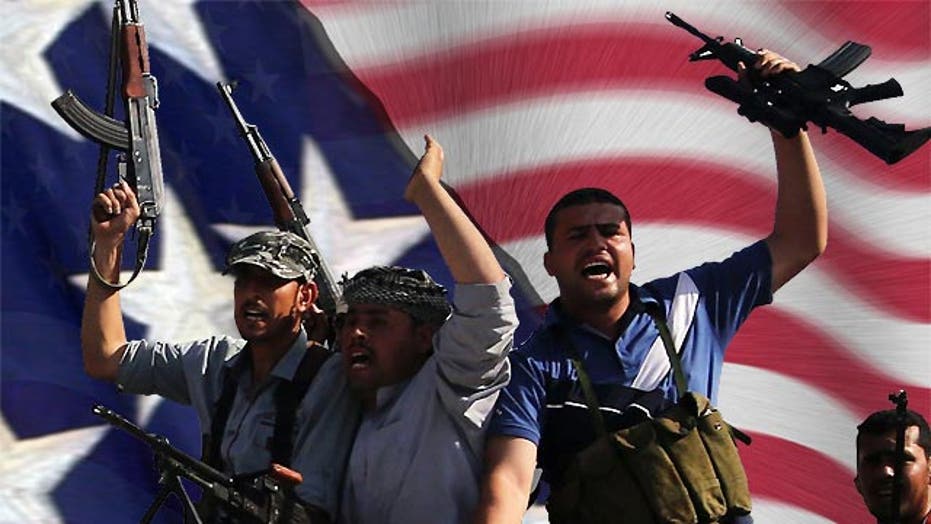 Is there a threat of US-born terrorists?

In the past few months, federal agents arrested and filed terrorism charges against several Americans, experts say in an effort to prevent homegrown terrorists.

According to the NYPD, more than 100 Americans are possibly training within Al Qaeda-inspired groups like the Islamic State (IS), the militant group formerly known as ISIS operating in Syria and Iraq.

“It’s a major concern in this country of people coming back or into our country or people who are already here," Ruskin said.

The latest incident was the arrest of suspected terror supporter Donald Ray Morgan earlier this month in New York.

A spokesperson for prosecutors said the ex-convict was arrested in connection with a North Carolina indictment and charged with "being a felon in possession of firearms." Authorities also found the suspect had tweeted his loyalty to the leader of the Islamic State using the alias "Abu Omar al Amreeki."

“We know he has been in possession of illegal guns in the past, very high [levels of] ammunition and the fact that he is tweeting his allegiance to ISIS is of concern to the U.S. government,” Ruskin said.

It might prove to be a tough task for prosecutors to build terror-related charges against Morgan just based on tweets.

“Obviously when he came back through [John F.] Kennedy airport, the eastern district U.S. attorney felt that they had enough to prosecute and hold him for the time being,” Ruskin said.

This allows authorities, he points out to do an extensive background check on Morgan’s most recent movements abroad.

“What they are now doing is going through his phone records, computer files, texts, and who he has associated with,” Ruskin said. “They are trying to determine nexus between him and a terrorist group.”