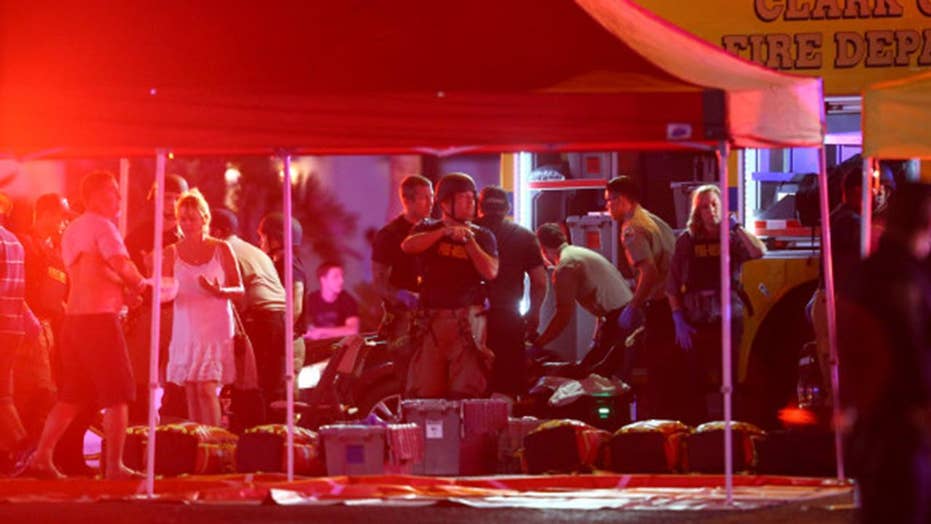 A couple who survived the Las Vegas shooting died in a car crash just a half mile from their California home earlier this month, two weeks after the husband jumped onto his wife to shield her from the hail of bullets raining down on them during the Oct. 1 massacre.

Dennis and Lorraine Carver died after their vehicle crashed into a metal gate outside their community in Riverside County on Oct. 16 and burst into flames, the Las Vegas Review-Journal reported. It took firefighters about an hour to extinguish the flames, the local fire department said.

“After the shooting, they heard from all of the people they cared about most. They were so happy,” Brooke Carver, 20, their daughter, told the newspaper. “The last two weeks of their lives were really just spent living in the moment.”

The couple’s youngest daughter, 16-year-old Madison, heard a loud bang outside her window the night of the accident and ran down the street to see her parents’ vehicle engulfed in flames, the Las Vegas Review-Journal reported.

The couple had been together 22 years and had managed to escape the Route 91 Harvest music festival slaughter uninjured.

Dennis Carver had jumped on Lorraine after realizing the gunshots weren’t fireworks, and the pair made a run for it, hand in hand, during the third or fourth lull in Paddock’s firing spree, Brooke Carver said.

“That’s just the kind of love they had for each other,” she added. “Their love was selfless.”

Dennis Carver got roses for Lorraine after the attack, and a month later, even though they are dried up, not a single petal from them has fallen.

“It’s almost as if they’re frozen in time,” Brooke Carver told the Las Vegas Review-Journal. “We’re so lucky we have those flowers to remind us of them.”