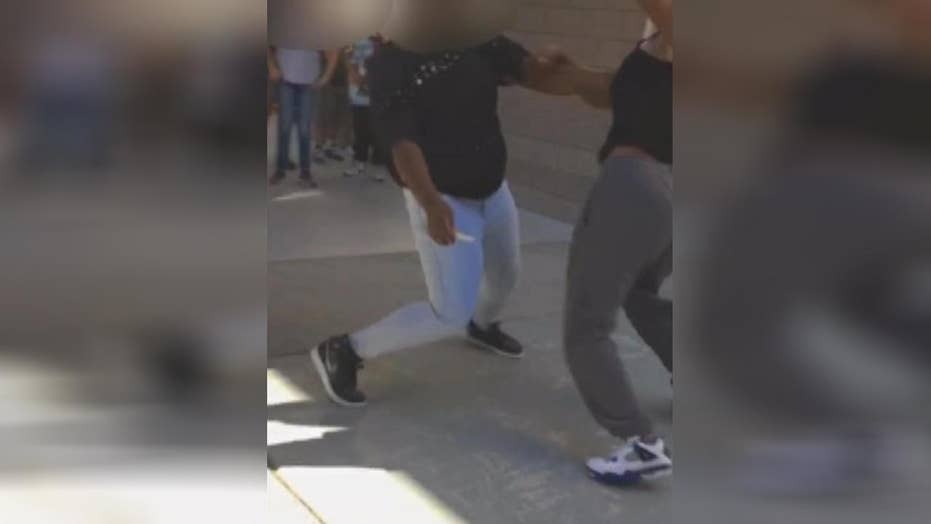 Teen girl gets stabbed during fight

A 12-year-old female student stabbed a 16-year-old girl Friday during an altercation before classes started at the assailant’s Las Vegas middle school, a disturbing video showed.

The older student, who attends another school, confronted the 12-year-old in a public area of Thurman White Middle School’s campus, according to a statement by school principal Andrea Katona, according to Fox 5 Las Vegas. The two students’ names were not released.

The Clark County School District Police Department said the 12-year-old was charged with battery with a weapon resulting in substantial bodily harm, the Las Vegas Review-Journal said. The 16 year-old was transported to a hospital.

Students who witnessed the incident told Fox 5 that the older girl confronted the younger one to defend her younger sister, who had reportedly fought with the Thurman White Middle School student.

"So she came basically in her sister's defense. She came specifically to fight this other girl," Brian Morrison, a student at the school  who saw the fight, said. "My first period teacher, Mr. Cherry, he came over and grabbed somebody and got blood all over him."

Parents told Fox 5 Las Vegas that they were horrified by the incident and said they rushed to the school once they heard of the violent attack.

"It makes me feel unsafe sending my kid to a school where I know kids are bringing knives to school. I mean it's crazy," said Brian Morrison, a father of a student at the school.

The police said they were still investigating the violent episode, but the school’s campus was determined to be secure Friday afternoon.