Police released two photos of a person of interest and the vehicle used in the kidnapping of a UT student. FOX 7 Austin reports.

A 9-year-old girl carried her baby brother to safety in the dark after a man carjacked her mother’s car from a Las Vegas gas station, according to a local report.

Karen Quinn pulled into a 7-Eleven store located near the North Las Vegas Airport Oct. 31 to use an ATM inside, she told local affiliate FOX 5 Las Vegas. She reportedly left her car running with her children, a 9-year-old and an 11-month-old, in the car and parked just steps from the entrance.

She saw a man inside the store leave, approach her car and get in as she begged him not to, according to the report.

A 9-year-old girl carried her baby brother to safety in the dark after a man carjacked her mother’s car from a Las Vegas gas station on Oct. 31, 2022. (Courtesy: Karen Quinn)

Quinn reportedly added that she told the suspect, "You can have the car. Just let them out, let them out!"

The suspect was identified in the report as Mario Anthony Estrada.

Estrada drove several blocks – many with Quinn reportedly running after him – as the young girl pleaded for him to let her and his brother out, according to the report and a GoFundMe page that has since been created. 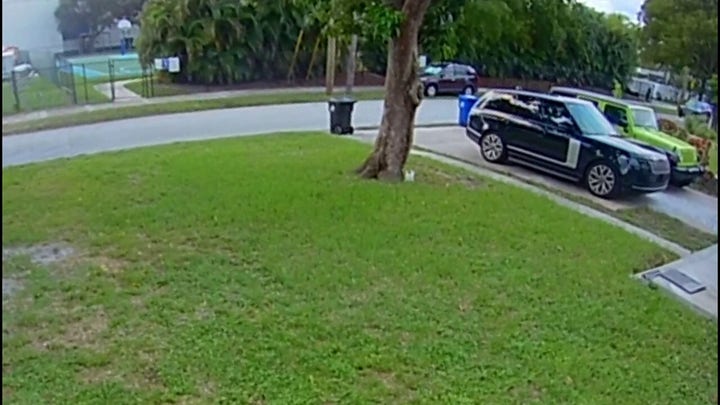 "She unhooked him out his car seat and begged the man to let them out," the GoFundMe states. "He finally pulled over and she jumped out on a dark street and carried her baby brother for five blocks to safety back to the store."

The girl was reportedly not wearing shoes at the time.

Police later tracked the SUV and the suspect, who led them on a pursuit before crashing into another vehicle, and injuring the driver inside, FOX 5 reported.

No one was seriously injured. 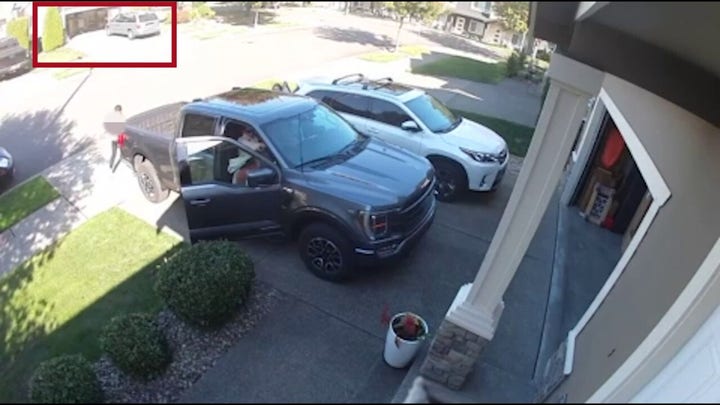 Estrada was ultimately charged with two counts of kidnapping, two counts of child abuse or neglect, and one count each of failing to stop at the scene of an accident, disobeying a peace officer and grand larceny of a motor vehicle, jail records show. He is due to appear in court on Nov. 14.

Meanwhile, the young girl, who has been lauded a "hero" and her family are struggling, according a GoFundMe page created by the child’s grandmother.

"My grand daughter (sic) has a kidney disease … and after running in fear, she is now having pain and nightmares telling her mother she did not want her or her brother to die.  She has not left her mother’s side and has trouble sleeping."

As for Quinn’s four other children, the woman added, "They are all so scared."