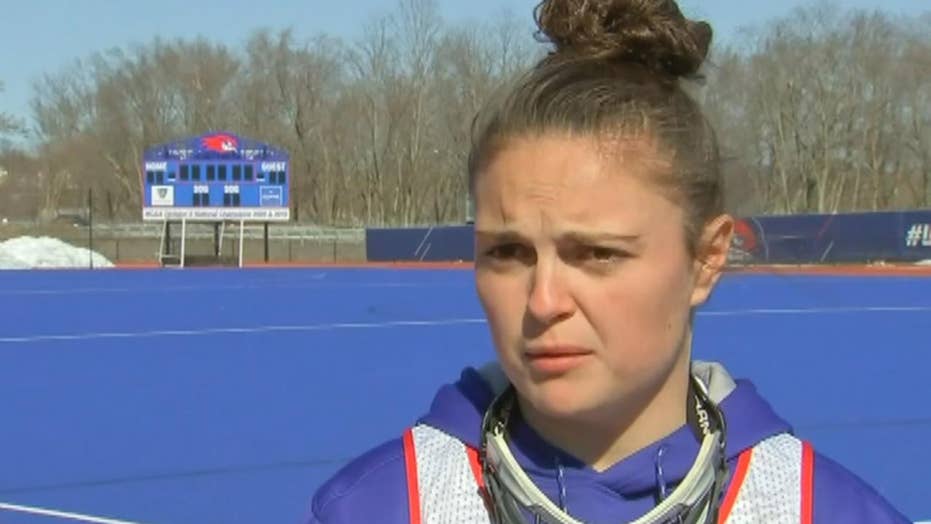 A top scorer for the University of Massachusetts' women's lacrosse team was back in action last week after losing her leg two years ago.

Noelle Lambert, a student at UMass Lowell, played in her first game with the River Hawks on Saturday after a serious moped accident on Martha's Vineyard in 2016 resulted in Lambert's left leg being amputated.

The lacrosse player was 19 and a freshman during the accident. She told Teen Vogue in October 2017 right after the moped hit a dump truck, she "looked down at my leg, and it was gone. Obviously, lacrosse was one of the first things I thought of, that I was never going to be able to play again."

But despite the serious injury, the New Hampshire native told Boston 25 News that when she woke up in the hospital, she "had this mindset where I was going to try to come back."

Lambert's positive mindset and attitude worked — she made her way back to the field last weekend to play again, this time, with a prosthetic leg.

"The fact that she stuck through it and continues to grind it out I think is really inspirational," Lambert's friend and teammate, Kelly Moran, told the news station.

Lambert, who scored one of the team's 16 goals against the University of Hartford's Hawks on Saturday, said that she thinks the accident "has changed my life for the better."

Lambert reportedly plans to start a foundation to help others with prosthetics.