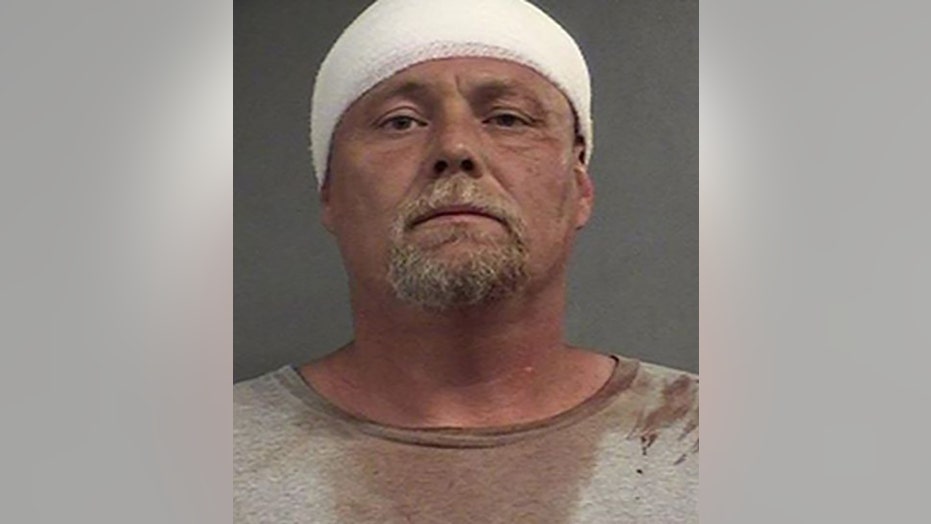 A Kentucky man and his juvenile son allegedly beat the man's roommate with a baseball bat and a crowbar early Thursday, police said.

Daniel Hazel, 43, and his son entered their Louisville home and beat the man in his bedroom at around 1:25 a.m., the unidentified roommate told the police.

Officials said the man’s injuries appeared to indicate he was on the ground trying to protect himself at some point during the incident, according to WLKY-TV.

The man was hospitalized with a spleen injury, cuts to the head, a concussion and two broken hands, according to WAVE-TV.

Hazel reportedly told police he and his son had beaten the man in self-defense, according to WLKY-TV. Police said Hazel’s story didn’t match up with the evidence, however. Hazel was seen in a police photo with a large bandage covering the top of his head and wearing what appeared to be a blood-stained shirt.

Hazel was charged with first-degree assault. It’s unclear whether the juvenile is facing charges.

Hazel was being held at Louisville Metro Corrections on $500,000 bond.