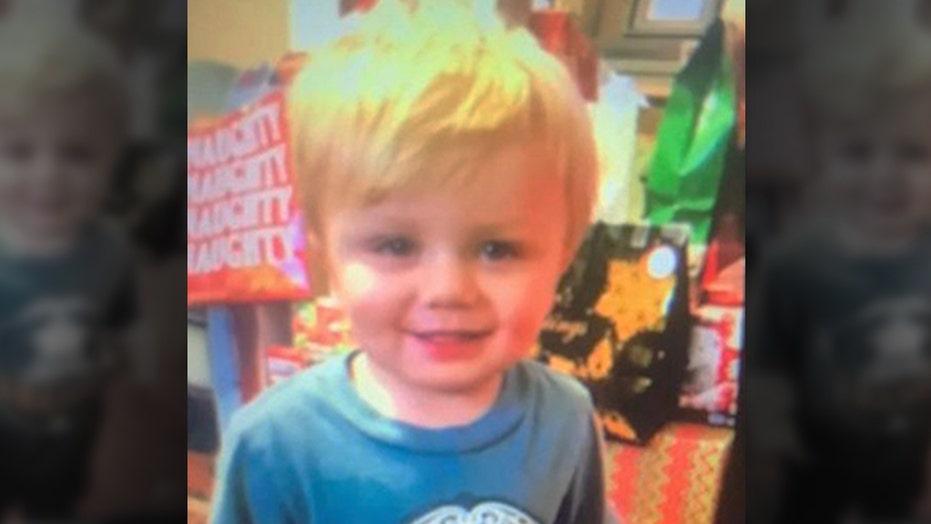 A Kentucky toddler has been found alive three days after his disappearance on Sunday night, according to Kentucky State Police.

A statement from the department said that around 2 p.m. on Wednesday, 22-month-old Kenneth Howard was found “in the area of a strip mine in Floyd County which is on the border of Magoffin County.” The area is roughly 1,700 feet from his home, according to WYMT in eastern Kentucky.

During a press conference, officials said crews found Howard when they heard crying. They said he was on a 50-foot incline, clinging to a cliffside.

Officials said they had to use rope and a basket to rescue the toddler, who was conscious and alert through the ordeal.

Kentucky State Police said Howard was taken to a medical facility, and according to the Magoffin County Sheriff’s Department, he was being treated for dehydration but was nonetheless “in remarkably good condition.”

Elden Howard, Kenneth's father, told WYMT he was in “disbelief” that his son was found. “Tickled me to death," he said. "Best thing that ever happened to me in my life."

Rescuers were said to be equally amazed that the boy had managed to cover such difficult terrain.

"I would not, in fact I can't, even as a young man I don't think I'd even attempt it," one official told WYMT. "That child is a true Kentucky mountain boy."

The toddler was reported missing on Sunday night around 7:30. The family spent time looking for him before calling police less than an hour later.

Family members said they weren’t sure how the child disappeared, but some believe he may have walked out the back door of their home, WYMT reported.

Search and rescue leaders told the station they used all their resources, including helicopters, drones with thermal cameras and several K-9 teams with bloodhounds to comb the wooded area near the home for about 67 hours until they found the toddler.

"He's tough, that little kid is. I can't believe all the help. I don't know how we're going to thank everybody. But we've had people from everywhere. I really don't know where all they've come from, out of state, and everywhere to help us," South Magoffin Fire Department Assistant Chief, Brent Handshoe told WYMT.

"I was froze to death and wet and every time I would think I was cold, I would think about that baby and then I'd about start crying," he said. "I don't know. I just didn't want to give up on him."

Kentucky State Police said they continue to investigate exactly what had happened and how Howard disappeared.