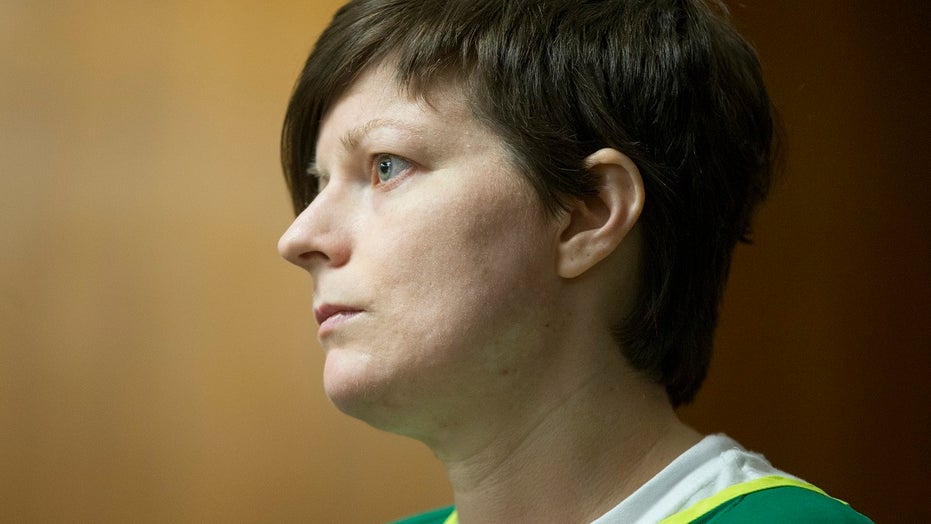 A Kansas woman was convicted Thursday of beheading her ex-boyfriend's mother and then leaving the severed head in a kitchen sink, according to media reports.

Davis went to Hilyard's home with her 9-year-old grandson to collect his things at Hilyard's insistence.

Rachael Hilyard was convicted of first-degree murder Thursday in the April 2017 killing of 63-year-old Micki Davis. Prosecutors say Hilyard demanded that Davis collect her son's belongings from her home. Davis and her 9-year-old grandson went to Hilyard's home, and that's when Hilyard attacked. (Travis Heying/The Wichita Eagle via AP, File)

“For her own reasons, Rachael Hilyard had had it with Micki,” Bennett said.

Hilyard, who was treated at a state psychiatric hospital before she was declared competent for trial, said she was discussing a painting with Davis when she lost her temper.

“I just freaked out, and we were wrestling into the garage, and we got into a fight,” she said while on the witness stand.

Prosecutors said Davis' grandson told police Hilyard jumped on the elder woman and beat her with no warning.

Bennett said Hilyard used a second knife after the blade of the first one broke. Davis was found in the garage and her severed head in the kitchen sink, prosecutors said.

Hilyard is expected to be sentenced on March 27.