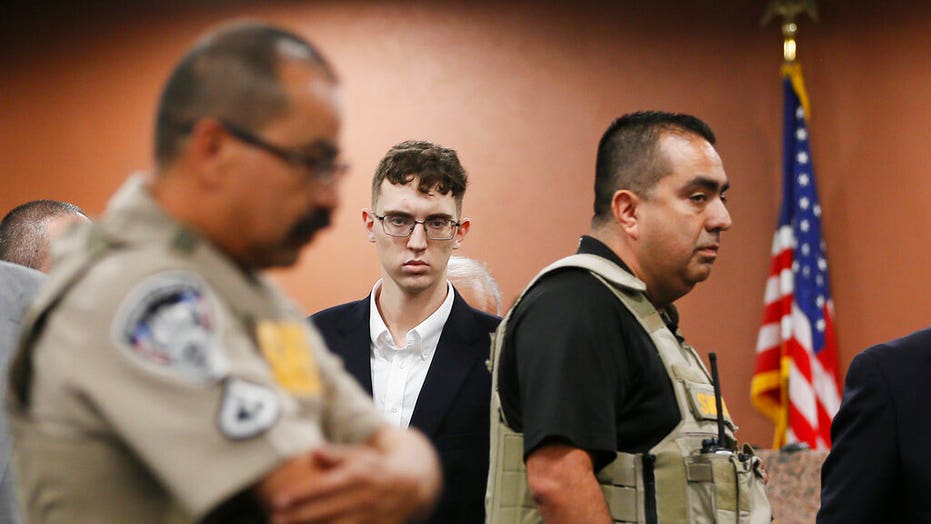 The man who allegedly opened fire at a Walmart in El Paso, Texas, this past August, killing 22 people and injuring 24 others, was handed a 90-count indictment charging him with federal hate crimes Thursday.

Patrick Crusius, 21, of Allen, Texas, allegedly gunned down the busy store with a semi-automatic weapon on Aug. 3, 2019, where hundreds of shoppers and at least 100 employees were inside during the busy back-to-school shopping season.

U.S. Attorney for the Western District of Texas John Bash told reporters Thursday that the hate crime charges were a testament to the Justice Department's commitment to tamp down the "resurgent threat of violence motivated by race, national origins and other categories."

He added that the case was being treated as an act of domestic terrorism.

Prosecutors alleged that Crusius drove over 10 hours from his grandparents’ house in a Dallas suburb to El Paso to carry out the attack.

At the time of his arrest, Crusius surrendered to police, saying "I'm the shooter," and allegedly told police he was targeting Mexicans. Investigators later uncovered a manifesto that may have been written by the suspect and would indicate a “nexus to a hate crime.”

In court documents, prosecutors said Crusius published a screed online shortly before the shooting that said it was “in response to the Hispanic invasion of Texas.” It cited, as inspiration, a mass shooting in Christchurch, New Zealand, that killed scores of Muslim residents of that country.

Bash said the indictment -- which included two federal counts per victim and two additional counts for one other person he allegedly tried to kill -- "is tremendously important for the people of the United States and the people of Mexico," adding that Crusius "targeted the victims because of real or perceived national origin."

Eight of the victims were Mexican nationals and several others had Latino last names.

Crusius pleaded not guilty to a state capital murder charge last year. Bash said that the state case will be prosecuted on parallel tracks with the federal charges, which could potentially result in the death penalty if Crusius is convicted.