Caleb Schwab, 10, died over a year ago while riding the 17-story Verruckt water slide in Kansas City, Kansas. (AP)

The company that owns a Kansas City waterpark -- where 10-year-old Caleb Schwab was decapitated while on a waterslide in 2016 -- has been charged with involuntary manslaughter.

Schlitterbahn Waterpark of Kansas City, Kan., was indicted with over the August 2016 death, Kansas Attorney General Derek Schmidt said on Friday. Former executive Tyler Miles was also indicted and has pleaded not guilty.

Tyler Miles has pleaded not guilty after being charged in connection with a boy's death. (Wyandotte County Jail)

Court documents cite negligence during the construction of the ride.

Schwab died while riding the 17-story Verruckt waterslide. The raft that he was in with two other women went airborne, causing them to hit a pole that supported nets designed to keep riders safe. One of the woman suffered a broken jaw and the other broke a bone in her face, Fox 4 reported.

The young boy and his family, Olathe state Rep. Scott Schwab, were enjoying a free day at the park to celebrate Lawmaker Day. 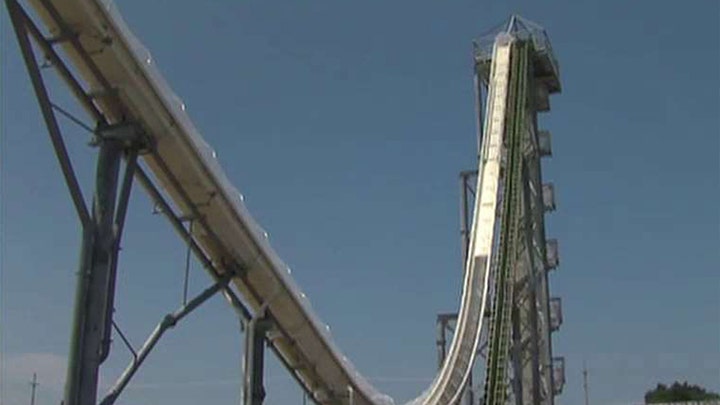 A spokeswoman for Schlitterbahn said that the company stands by Miles and is "deeply disappointed" that someone was charged for the "terrible accident."