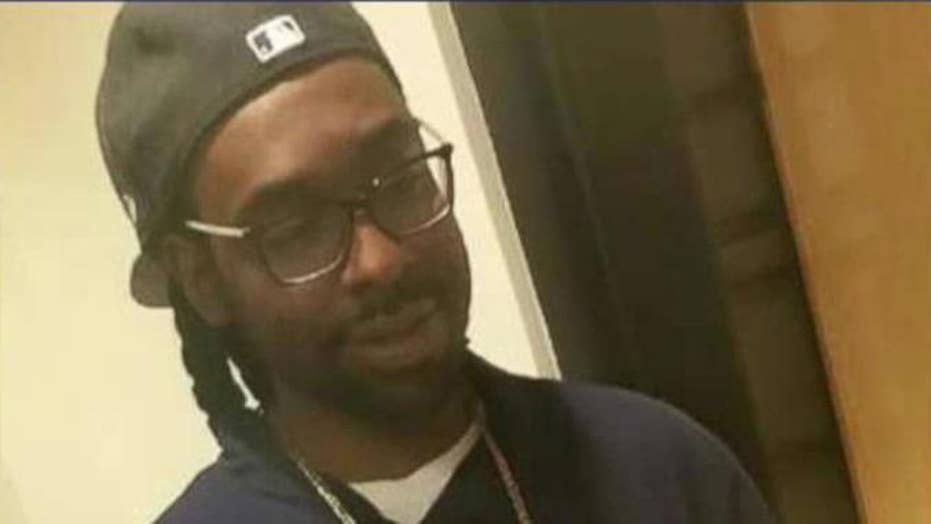 The Justice Department will monitor the investigation into the controversial shooting death of a black man by a police officer in the St. Paul, Minn. suburb of Falcon Heights, according to Gov. Mark Dayton who said Thursday he was "heartbroken for Minnesota."

Officials say the state's Bureau of Criminal Apprehension will take the lead on the investigation into the shooting death of Philando Castile on Wednesday. Video of the aftermath appeared on Facebook Live.

In the video widely shared online, Castile's girlfriend is sitting in the vehicle next to him. Castile's shirt appears to be soaked in blood and his girlfriend is heard telling the camera "police just shot my boyfriend for no apparent reason." She said officers had pulled them over for a broken tail light.

Dayton said that based on the evidence, the police response was "way in excess of what the situation called for." He added, "Would this have happened if the passengers were white? I don't think it would've."

The Justice Department will assist Minnesota officials as needed and is ready to investigate further, a spokesperson told Fox News.

The girlfriend, Diamond Reynolds, said Thursday that other officers at the scene didn't check on Castile after the shooting, but that they tried to calm the officer involved as they put her in a police car.

State investigators said they were interviewing the officer who fired his weapon and would release his name soon. "The officer involved has been placed on paid administrative leave as per standard city procedure," officials in Falcon Heights announced.

"I grieve for Philando Castile, his family, friends, and community, and especially the child, who was in the car with him. I pray for everyone touched by this tragedy, including our law enforcement officers," Lt. Gov. Tina Smith said in a statement.

St. Anthony Police interim police chief Jon Mangseth said the incident began when an officer pulled over a vehicle around 9 p.m. Wednesday. Mangseth said he did not have details about the reason for the traffic stop, but that at some point shots were fired. The man was struck but no one else was injured, he said.

Hundreds of demonstrators braved the rain and gathered to protest the shooting outside the Governor's Mansion in St. Paul, where a crowd had also convened the night before. The group swelled to over 1,000 for a time as people marched from the school vigil. Dayton waded through the crowd as protesters chanted: "What do we want? Justice. When do we want it? Now."

Police use of force, particularly against minorities, has returned to the national spotlight since the video-recorded fatal shooting earlier this week of 37-year-old Alton Sterling by police in Baton Rouge, Louisiana. The U.S. Justice Department on Wednesday launched a civil rights investigation into the shooting, which took place after Sterling, who was black, scuffled with two white police officers outside a convenience store.

Castile's cousin, Antonio Johnson, told the Star Tribune that he believed that because Castile was a black man driving in Falcon Heights, a largely middle-class suburb, he "was immediately criminally profiled and he lost his life over it tonight."

The video posted Wednesday night on Facebook Live appeared to show Castile bloodied and quietly slumped in a seat. His girlfriend describes being pulled over for a "busted tail light" and Castile being shot as he told the officer that he was carrying a pistol and was licensed. A clearly distraught person who appears to be an armed police officer stands at the car's window, telling the woman to keep her hands where they are and intermittently swearing.

In the video, Castile's girlfriend says the man she identified as her boyfriend was reaching for his ID and wallet when the officer shot him. Police said in a statement that a handgun was recovered from the scene.

The officer tells her to keep her hands up and says: "I told him not to reach for it. I told him to get his hand out."

"You shot four bullets into him, sir. He was just getting his license and registration, sir," the woman responds.

The video goes on to show the woman exiting the car and being handcuffed. A young girl can be seen and is heard saying at one point, "I'm scared, Mommy."

The woman describes being put in the back seat of the police car and says, "The police just shot my boyfriend for no apparent reason."

Clarence Castile spoke to the Star Tribune from the Hennepin County Medical Center, where he said his nephew died minutes after arriving.

He said Philando Castile had worked in the J.J. Hill school cafeteria for 12 to 15 years, "cooking for the little kids." He said his nephew was "a good kid" who grew up in St. Paul.