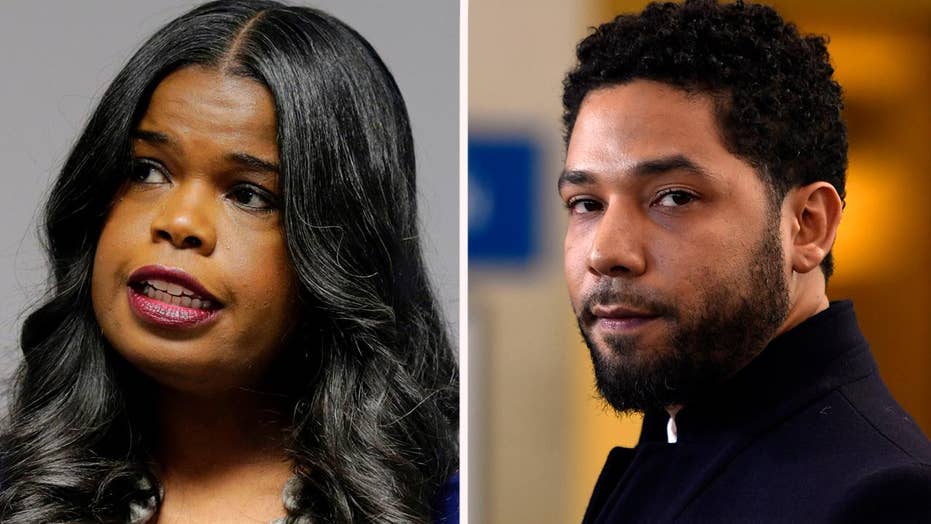 The decision by Cook County State’s Attorney Kim Foxx's office to drop charges that “Empire” actor Jussie Smollett staged a racist, anti-gay attack has drawn scorn from not only the mayor of Chicago and members of law enforcement, but a national group that claims to represent thousands of prosecutor offices.

The National District Attorneys Association chided the prosecutor's handling of the case, including Foxx's decision to recuse herself before Smollett was charged last month because she had discussed the case with a Smollett family member. The case was then handed to First Assistant State’s Attorney Joseph Magats.

"First, when a chief prosecutor recuses him or herself, the recusal must apply to the entire office, not just the elected or appointed prosecutor," the group said in a news release. "This is consistent with best practices for prosecutors’ offices around the country."

The group, which claims to represent roughly 2,700 prosecutors’ offices around the country, also said that prosecutors "should not take advice from politically connected friends of the accused."

"Each case should be approached with the goal of justice for victims while protecting the rights of the defendant," the group said.

Email and text messages provided to the Chicago Sun-Times by Foxx’s office show former first lady Michelle Obama’s chief of staff Tina Tchen contacted Foxx a few days after the report of the attack to set up a telephone conversation with a Smollett relative.

Foxx told the Sun-Times the relative expressed concerns over leaked information that media outlets attributed to “police sources.” Foxx then called Chicago Police Superintendent Eddie Johnson to ask him to let the FBI investigate the alleged attack. The contacts were cited by Foxx in recusing herself from the case on Feb. 13, well before Smollett was charged.

In an interview with WBBM-TV on Wednesday, Foxx said no one tried to intervene on Smollett’s behalf, despite emails showing that she was contacted by people linked to Smollett about the case.

"There was no attempt, whatsoever, to influence the outcome of this case," she told the television station. "None whatsoever."

Smollett forfeiting his $10,000 bond and doing community service in return for dropping the charges was also a point of criticism by the district attorney's group.

"Third, when a prosecutor seeks to resolve a case through diversion or some other alternative to prosecution, it should be done so with an acknowledgment of culpability on the part of the defendant," the group said. "A case with the consequential effects of Mr. Smollett’s should not be resolved without a finding of guilt or innocence."

JUSSIE SMOLLETT BOMBSHELL PITS OBAMA CHIEFS OF STAFF AGAINST ONE ANOTHER

Foxx defended her office's actions in a separate interview with FOX32 on Wednesday, saying that the dropping of charges "in no way exonerates" Smollett.

"He was charged with a Class 4 felony. I mean he doesn't have a background. When I look at similarly situated people who are charged with the same level of felony without a background I believe in this case, justice was appropriate," she said. "Again I didn't make that decision, he was availed to alternative prosecution model that anybody else without his riches, without his fame were also availed to."

She also said that 5,700 people have participated in "alternative prosecution cases" with similar outcomes.

"So while it's frustrating, the nature of his offense, we treated Mr. Smollett in the same way we would treat similarly situated folks," Foxx told FOX32.

An internal email from the Foxx's office obtained by Fox News on Wednesday asked assistant state's attorneys to dig for any examples to bolster her claim that the dropped charges in the Smollett case weren’t as uncommon or shocking as they seemed.

The email read in part: “We are looking for examples of cases, felony preferable, where we, in (exercising) our discretion, have entered into verbal agreements with defense attorneys to dismiss charges against an offender if certain conditions were met...”

An internal email from Kim Foxx’s office obtained by Fox News asked workers to dig for examples bolstering Foxx’s claim that the dropped charges in the Jussie Smollett case weren’t as uncommon or shocking as they seemed. (Getty/File)

The email added, “Nobody is in trouble, we are just looking for further examples of how we, as prosecutors, use our discretion in a way that restores the victim…”

It was not clear who sent it, and exactly when it was sent. But the email was obtained as Foxx was participating in a series of interviews defending her office's decision. The statement from the group came before President Trump announced Thursday that the FBI and Justice Department will review the “outrageous” decision to drop charges in the Smollett case.

An attorney for Smollett late Wednesday blasted Chicago officials, saying they have “continued their campaign against Jussie Smollett after the charges against him have been dropped.”

“We should all allow Mr. Smollett to move on with his life as a free citizen,” she said in a statement.

Fox News' Matt Finn in Chicago and Frank Miles and The Associated Press contributed to this report.