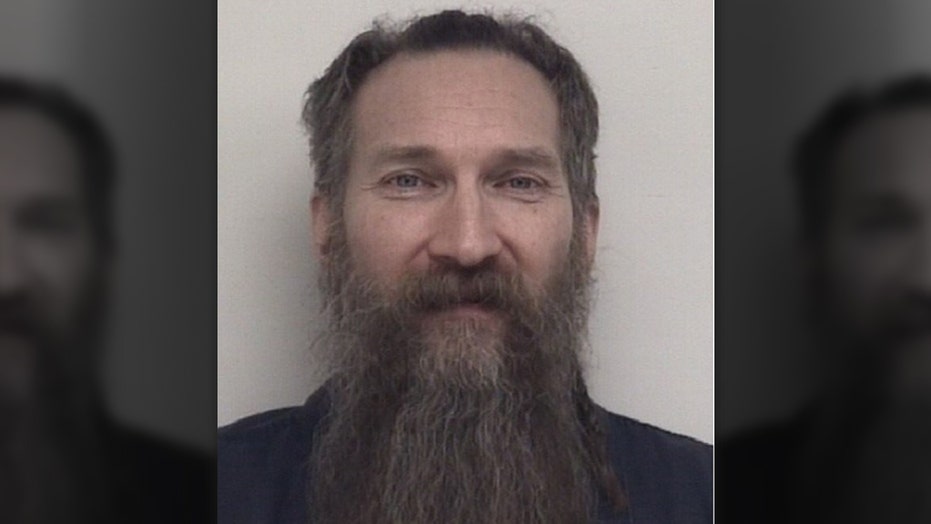 Mental competency and forensic evaluations have been ordered for a man charged in the slaying and mutilation of a Michigan man he met on Grindr, a dating app for the LGBT community, according to reports.

The judge ordered the exams for Mark Latunski, 50, during a probable cause conference in the 6th District Court in Corunna.

Latunski, who attended the hearing via a video feed, was arraigned Dec. 30 on charges of open murder and disinterment and mutilation of a body in the killing of Kevin Bacon, 25.

Mark Latunski, 50, right, is facing murder and mutilation of a body charges in the death of Kevin Bacon, 25, of Swartz Creek near Flint, left. (Facebook / Shiawassee County Jail)

Corwin had filed notices with the court Tuesday seeking an insanity defense and a psychiatric evaluation for Latunski.

The judge’s order calls for Latunski to be moved from the Shiawassee County Jail, where he’s being held without bond, to the Center for Forensic Psychiatry near Saline for the evaluations, MLive.com reported.

The evaluation process may take anywhere from 60 to 90 days, if not longer, and further court sessions are on hold until the report is submitted.

The FBI is also involved in the investigation to ensure there are no other victims, WILX reported.

Bacon last was seen on Christmas Eve. His naked body was later found Dec. 28 hanging from the ceiling of Latunski’s Bennington Township home.

Investigators allege in previous court documents that Latunski stabbed the victim in the back, slit his throat, hung his body on the ceiling from his ankles and cut off the victim’s testicles and ate them.

He was diagnosed with major depression, paranoid schizophrenia and traits of a personality disorder in 2010 and 2012, respectively, according to MLive.com.

He was also known to stop taking medication prescribed to treat his mental illnesses.

Latunski was previously charged with kidnapping in 2013, after he allegedly stole two of his four children from his ex-wife.

These previous charges were dismissed after several competency hearings, WILX News 10 had reported.

Corwin said Latunski's husband, Jamie Arnold, left him because of snowballing mental health issues and fear for his own life, per WILX.

The Flint Journal reported that Arnold is Latunski's husband of three years, and that he left the relationship last summer.

"To my knowledge, I couldn't force him to see a therapist or take medication," Arnold told the Flint Journal. "Never in a million years did I think he'd be capable of doing such a horrendous crime."

Court records filed by Corwin state that Latunski is “so fixated on a conspiracy theory including multiple nations/countries and involved in multiple trust accounts.”

Those records also stated that Latunski “believes he is a noble person from the Thomas Clan of Wales” whose real name is Edgar Thomas Hill -- a name he provided during the arraignment.