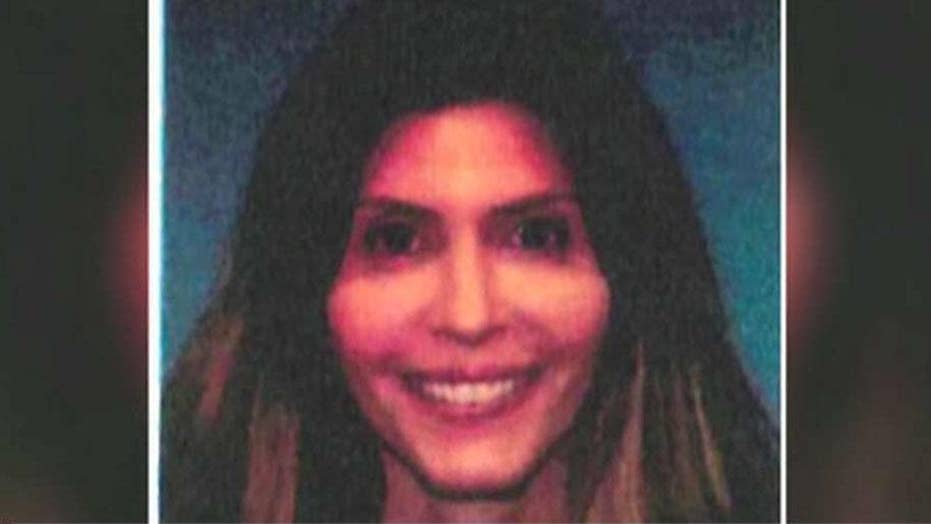 Fotis Dulos is set to appear in court to be questioned on why he hasn’t been properly charging his GPS monitoring device while out on bond.

Fotis Dulos, the estranged husband of Connecticut missing Connecticut mother of five Jennifer Dulos, is scheduled to appear before a judge on Monday where he's expected to answer reports that he's not keeping his court-ordered GPS monitoring device charged.

The real estate developer and his girlfriend, Michelle Troconis, were both arrested for the second time last month on more charges of tampering with or fabricating physical evidence after investigators outlined a more detailed timeline of events alleging the pair discarded items that were found to have blood on them, which came back a positive DNA match for Dulos’ estranged wife.

Dulos’ attorney, Norm Pattis, reportedly said Judge John Blawie was concerned over probation reports that he had not been charging the batteries in his ankle bracelet properly. Pattis did not immediately respond to Fox News’ request for comment.

Probation officials said the charge in the batteries has fallen below 25 percent several times, WVIT-TV reported.

Jennifer Dulos, 50, was last seen on May 24 after dropping her and Fotis Dulos' five children off at school. (Carrie Luft, on Behalf of the Family and Friends of Jennifer Farber Dulos)

Jennifer Dulos, 50, of the wealthy suburb of New Canaan, was last seen on May 24 after dropping her and Fotis Dulos' five children off at school.  She disappeared in the midst of a bitter divorce and child custody and visitation court proceedings over their children -- three boys and two girls ranging in ages from 8 to 13.

Police said they found traces of her blood at her home, on items in trash bags that investigators claimed her estranged husband discarded, and on the seat of a pickup truck that they said he drove on the day she vanished.

An arrest warrant released earlier this month revealed the array of evidence police have compiled in the case, which included surveillance video showing Fotis Dulos in Hartford disposing the trash bags; traffic and school bus camera video of him driving a pickup truck to New Canaan on the morning she disappeared; and surveillance video of him getting the truck washed and detailed days after she vanished.

Fotis Dulos, 52, and Troconis have pleaded not guilty to the tampering and hindering charges, and both have been free on bail. Dulos has denied any involvement in his estranged wife’s disappearance and in an interview that aired on NBC's "Dateline" earlier this month, he repeated his past comments that he believed she's still alive.

Fotis Dulos during a hearing at Stamford Superior Court this past June. (Erik Trautmann/Hearst Connecticut Media via AP, Pool)

Fotis Dulos has maintained his innocence, despite the evidence released this month and police interviews in which Troconis allegedly admitted "she had not been truthful" when investigators previously questioned her.

"Michelle is presumed innocent and she should be," her attorney, Andrew Bowman, said earlier this month. "We’re letting the judgment in this case rest in the jury’s hands."

Police said Fotis Dulos apparently had been "lying in wait" at his wife's home, according to the 43-page warrant application for Dulos obtained by Fox News. Police claimed the crime and cleanup unfolded between 8:05 a.m. and 10:25 a.m. May 24, the day she vanished.

Troconis allegedly told police in an Aug. 13 interview that she had not seen Dulos on the morning of May 24, contradicting prior statements, and revealed that she was with Fotis Dulos when he cleaned "spilled coffee" out of a truck he was driving that morning. She admitted the "stained towel he had been using to clean the truck" did not smell like coffee at all, according to the arrest warrant for Dulos.

Troconis allegedly told police she believed he had his truck washed because the body of his wife was "at some point" in there.

"Our hearts go out to Ms. Troconis. We are confident that she will, in the end, tell the truth at trial," Pattis told Fox News in a statement earlier this month. "The state is a terrifying enemy, but a clean conscience is a powerful ally."

Despite what some experts have said was overwhelming evidence compiled by investigators against Fotis Dulos, which was revealed in police documents, only tampering with evidence and hindering prosecution counts have been filed in the case. Murder charges have not yet been filed.

Connecticut State Police officials declined to comment on whether the lack of a body has stalled the investigation.

Regarding the ankle monitor, Pattis reportedly said his client merely forgot to charge the device. Dulos could face a penalty for not charging the GPS monitoring device and the judge had the option of revoking bond if he found Dulos has not been complying with the terms of his release, WVIT reported.

Dulos and Troconis were first arrested in early June and pleaded not guilty to evidence-tampering and hindering prosecution. They were released on bail.

In the wake of her disappearance, a judge granted Jennifer’s mother, Gloria Farber, custody of the couple’s children. Fotis Dulos was prohibited from having contact with the children.