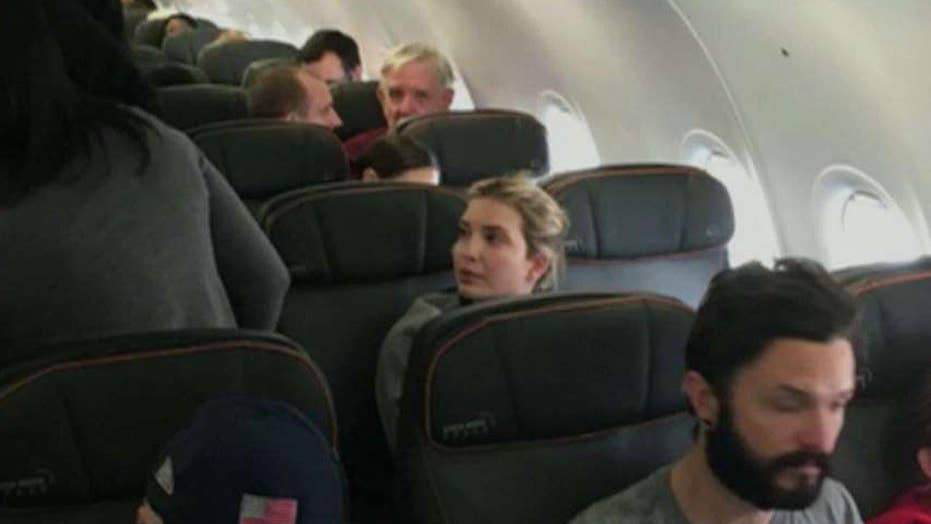 Some on the left challenging confrontation where President-elect's daughter was harassed; Taking a closer look on 'Tucker Carlson Tonight' #Tucker

The Hunter College professor who was kicked off a JetBlue flight at JFK after his husband harassed Ivanka Trump was sent a pair of anti-gay “hate mail” letters at work — one containing a white powder and the other with feces, sources told The Post.

The powder has since been tested and was found to be safe, a source told The Post — but the anonymous sender is still being sought in a criminal investigation.

The letters, sent to the Upper East Side office of Matthew Lasner, also included photos of a poster board that said: “God hates fags,” and “Next time you and your fag husband die,” police said Thursday.

The frightening mail was the latest backlash against Lasner and his husband,lawyer Dan Goldstein, who have been subject to vicious tweets and Amazon book reviews since the December 22 incident.

The Cobble Hill, Brooklyn, couple were kicked off of a San Francisco-bound plane by JetBlue after Goldstein yelled at the future First Daughter, who was sitting in the coach section as the passengers were boarding.

“Your father is ruining the country!” Goldstein scolded Ivanka, according to witnesses.

Minutes prior, Lasner had announced Goldstein’s intentions, tweeting, “Ivanka and Jared at JFK T5,” meaning Terminal 5. “Flying commercial … My husband chasing them down to harass them.”

Lasner did not respond to phone calls and emails seeking comment, but Hunter issued a statement Thursday:

“Hunter College contacted the NYPD immediately after noticing a suspicious package. This is an ongoing NYPD investigation and Hunter is continuing to cooperate.”