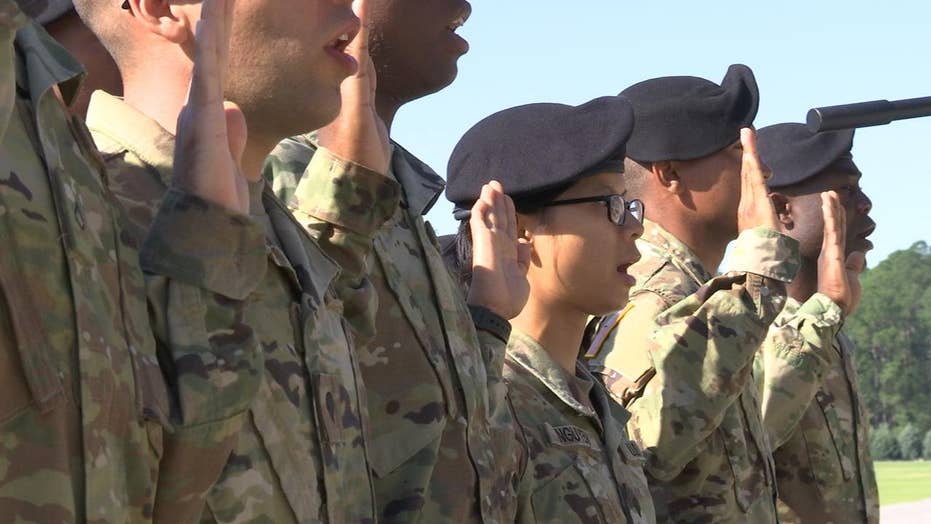 Immigrants pursue dreams of serving in the US Army

Look at how recruits from Vietnam, Nepal, and Nigeria joined the armed forces to achieve the American dream

“Everything was exploding in me. I just wanted to scream out loud Dad, Mom I made it,” Nguyen said excitedly.

Specialist (SPC) Nguyen grew up in Vietnam with the desire to travel the world. She told Fox News joining the military gives her the ability to travel, but more importantly to make her father proud.

“Another part of the motivation is my Dad is a veteran,” Nguyen said.

Nguyen went through 10 weeks of intense training. After graduation, she will be flown to Fort Eustis in Virginia to start Advanced Individual Training (A.I.T).

Specialist Sandip Paudel also grew up a military brat. He later decided he wanted to leave Nepal and follow in his father’s footsteps as someone that served in the armed forces.

“My dad was also in the army and it made me feel proud to march here with this uniform, “Paudel said.

Paudel says he couldn’t stop thinking about his father during a battalion march right before the naturalization ceremony.

More than 65,000 immigrants served in the armed services and more than 37,000 were naturalized according to data collected by the Department of Defense in 2008.

Generally, the armed forces require enlistees to be U.S. citizens, U.S. nationals, or lawful permanent residents (green card holders) unless they go through the Military Accessions Vital to the National Interest program (MAVNI).

In Nguyen’s case, she got her citizenship through MAVNI, which allows a non-citizen to get expedited citizenship by enlisting in the military.

During basic training the recruits go through a series of screening checks done by the Department of Defense (DoD), Department of Justice, and Intelligence Community. They also have to fill out the proper paperwork to receive citizenship.

Once all the paperwork is finalized, a ceremony is held the day before graduation where the individuals are sworn in as American citizens.  However, this process is not available at every military installation.

Since January, the MAVNI Pilot Program has paused any new enlistments after a new enhanced security screening criteria was implemented.