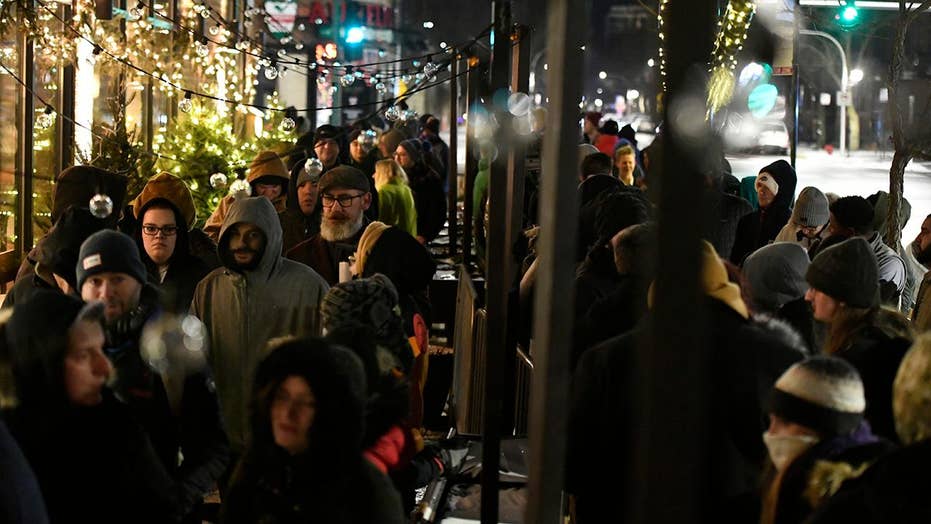 Less than a week after legalizing recreational marijuana in Illinois, an overwhelming number of buyers have strained the state's supply and forced several dispensaries to shut down due to product shortages.

At least six Chicago-area dispensaries were closed Monday, with one – Maribis of Chicago in Brighton Park – saying it will keep its doors shut until February.

Cresco Labs in Chicago, Rockford and Champaign shut down its shops to allow customers to "reset" and give its staff, which has worked five 14-hour days in a row, a break.

"Everybody knew there were going to be supply issues at the beginning, and that was before we saw the crowds that came out," Jason Erkes, a spokesman for Cresco told The Washington Post. "It's going to take a little bit of time for everyone to ramp up as they're expanding their grow facilities."

Chicagoans can purchase recreational marijuana in 10 of the city's pot shops. Of those, four said they were either sold out or had a limited supply left, the Chicago Sun-Times reported.

"They should have been better prepared," Andy Lawrence, a Chicago native, told Fox News. "They wanted legalization and they got it, and now they're crying because too many people want some. Where's the logic in that?"

Dispensary operators say long lines have formed with people standing in frigid temperatures for hours and they simply can't keep up with the demand. 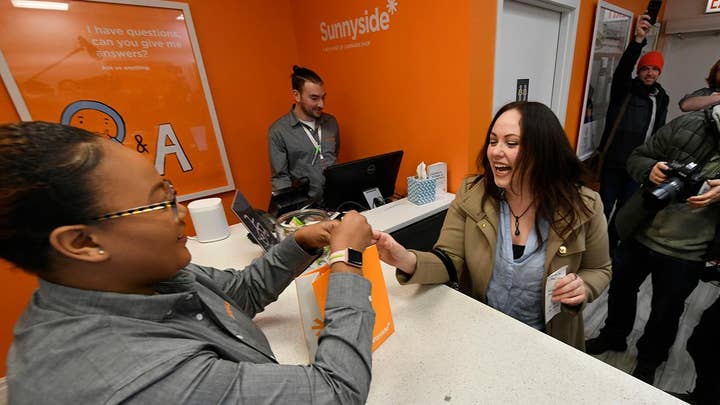 Among the first in line was Illinois' Lt. Gov. Juliana Stratton, who bought edible gummies in Chicago to "celebrate a big day in Illinois."

Last week, the state's governor granted more than 11,000 pardons for low-level marijuana convictions, describing the step as the first wave of thousands of such expungements expected under the new law. Illinois passed legalization in June, becoming the first state to legalize recreational marijuana through legislation instead of a ballot measure. That gave growers - who had served about 87,000 medical marijuana patients - less than six months to expand their operations.

Illinois is the 11th state to legalize recreational pot for people 21 or older in the United States.

Michigan, which legalized recreational marijuana on Dec. 1, generated more than $3 million in the first two weeks of sales. Colorado, the first state to legalize recreational pot, made more than $1 million when it became legal in 2014.