Fox News correspondent Dan Springer brings the latest updates from the ongoing investigation into the murders of four University of Idaho students.

"It's strikingly similar to the Ted Bundy attack," said Matt Hoggatt, a retired criminal investigator with the Jackson County Sheriff's Department in Mississippi. "Bundy had knowledge of the victims in the house, and it was a sort of frenzied attack with extreme violence."

Each victim had multiple stab wounds to the torso and some had defensive injuries, according to Latah County Coroner Cathy Mabbutt.

A photo combination of the University of Idaho murder victims and serial killers Ted Bundy, left, and Danny Rolling, right. (Bettman via Getty/Instagram/Chris O'Meara via AP)

In January 1978, Bundy broke into Florida State University's Chi Omega house in Tallahassee at about 3 a.m. then beat and strangled two women to death – one of whom he sexually assaulted.

"Bundy enjoyed the hunt and the actual climax up to the murder. He enjoyed the anticipation and the plotting, and it's kind of what it seems like here,"

He then bludgeoned two other students within inches of their lives. After fleeing the crime scene, he broke into the nearby apartment of a University of Florida student and brutally beat her before a neighbor scared him off.

A general view of the house at 1122 King Road in Moscow, Idaho, on Nov. 21, 2022, where four University of Idaho students were stabbed to death. (Derek Shook for Fox News Digital)

"Bundy enjoyed the hunt and the actual climax up to the murder. He enjoyed the anticipation and the plotting, and it's kind of what it seems like here," said Hoggatt, who previously worked as a detective with the Gautier Police Department.

But Bundy, who killed at least 30 women and girls, was a prolific serial killer – and retired FBI profiler Jim Clemente said there is no indication that the Idaho murder suspect had struck before.

The four victims of the Nov. 13, 2022, University of Idaho massacre. (Instagram @xanakernodle/@maddiemogen/@kayleegoncalves)

"If it was a serial killer, I would expect him to kill everyone in the house, so I believe this was a targeted attack, totally different from Bundy, which was a random attack," he said.

The Idaho college killer spared two roommates and a dog and didn't sexually assault any of the victims, officials said. Idaho authorities have yet to identify a suspect or determine whether the assailant acted alone. 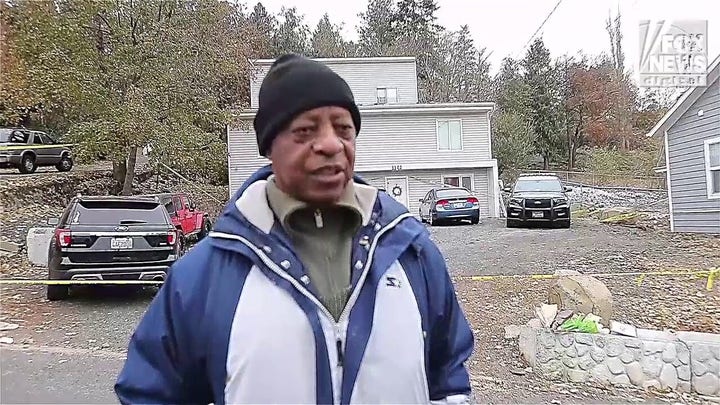 In August 1990, Rolling knifed five students to death in Gainesville, Florida, during a four-day killing spree. He raped the four female victims and decapitated one of them.

A ghost mask similar to the one featured in Wes Craven's 1996 film "Scream," which was inspired by the crimes of serial killer Danny Rolling. (Victoria Jones/PA Images via Getty Images)

"It involved knives, occurred in a college town but in off-campus houses, and Rolling went into these homes that had more than one occupant," said Morgan, a professor of applied forensics at Jacksonville State University.

He said these were both "extremely high-risk" crimes.

"But all this is speculation," Morgan added. "All that really matters right now is getting this person caught."

Anyone with information is urged to contact Moscow police at 208-883-7054 or tipline@ci.moscow.id.us.

Ashley Papa and Haley Chi-Sing contributed to this report.