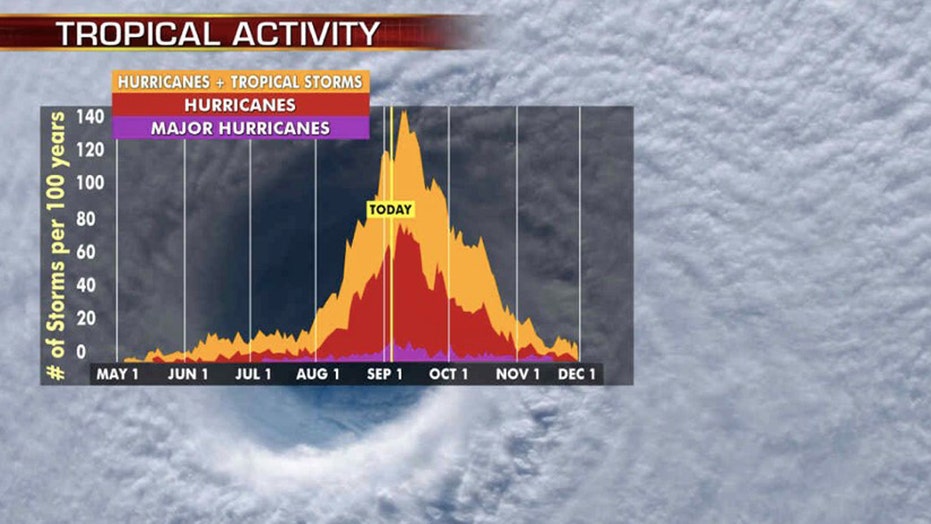 In terms of the 2020 Atlantic hurricane season, we're officially halfway there.

The Atlantic hurricane season officially runs from June 1 to Nov. 30, but statistically, September is the month that produces the most tropical storms and hurricanes.

The date of Sept. 10 is a significant one because it's the climatological peak, the day you are most likely to have a tropical storm in the Atlantic basin.

According to Colorado State University hurricane research scientist Phil Klotzbach, about 75% of Atlantic seasons in the satellite era since 1966 have had at least one named storm on Sept. 10. This date happens to also be nearly midway in the season.

About 50% of those years have had at least one hurricane on that date.

For 2020 there's currently quite a bit of activity happening across the Atlantic basin, but none of it directly impacting the U.S.

The U.S. National Hurricane Center (NHC) in Miami said Thursday morning that Tropical Storm Rene is strengthening as it moves across the eastern Atlantic, packing maximum sustained winds of 40 mph as it moves west-northwest at 10 mph about 730 miles west-northwest of the Cabo Verde Islands.

Tropical Storms Paulette (left) and Rene (right) can be seen over the Atlantic Ocean on Sept. 10, 2020. (NOAA/GOES-East)

Rene is forecast to gradually strengthen into a hurricane by Friday night over the open Atlantic, then likely weaken while out at sea.

The second system, Tropical Storm Paulette, is packing winds of 60 mph as it moves west-northwest at 10 mph about 935 miles east-northeast of the Northern Leeward Islands, according to the NHC.

Bermuda needs to monitor Paulette for possible tropical storm impacts by Monday, but for now, Paulette is forecast to weaken during the next couple of days, but restrengthening is expected to commence over the weekend.

The storm could be a hurricane by the time it reaches Bermuda.

The NHC is also monitoring several other areas for development in the Atlantic. A disturbance southwest of Bermuda will bring some heavy rain to the Carolinas by Friday but is not a major concern or expected to develop further.

Another tropical wave will emerge from the west coast of Africa Thursday and will likely develop into our next named storm in the coming days. The Gulf of Mexico is also being watched for possible development.

So why is Thursday the "perfect date" for tropical activity?

The patterns during the peak of hurricane season that influence where storms travel. (Fox News)

The reason why September is the most active month comes down to wind and water temperature. Wind shear is when the winds at the top of the atmosphere.

When they are strong, they can weaken potential storms.

Generally, those winds are stronger in the spring and gradually weaken during the summer.

By now, there typically is less wind shear. Without wind shear to get in the way, storms can form and grow.

At this point in the season, water temperatures have peaked across most of the Atlantic.

Water temperatures peak in the month of September across the Atlantic basin. (Fox News)

In many locations, they will begin to slowly cool in late September and October, gradually lowering the odds of tropical activity.

Rene was one of two storms that formed Monday; Tropical Storm Paulette took shape earlier in the day in the central Atlantic, far from land. The two current tropical storms are the earliest 16th and 17th named storms, continuing a trend during the 2020 Atlantic hurricane season. 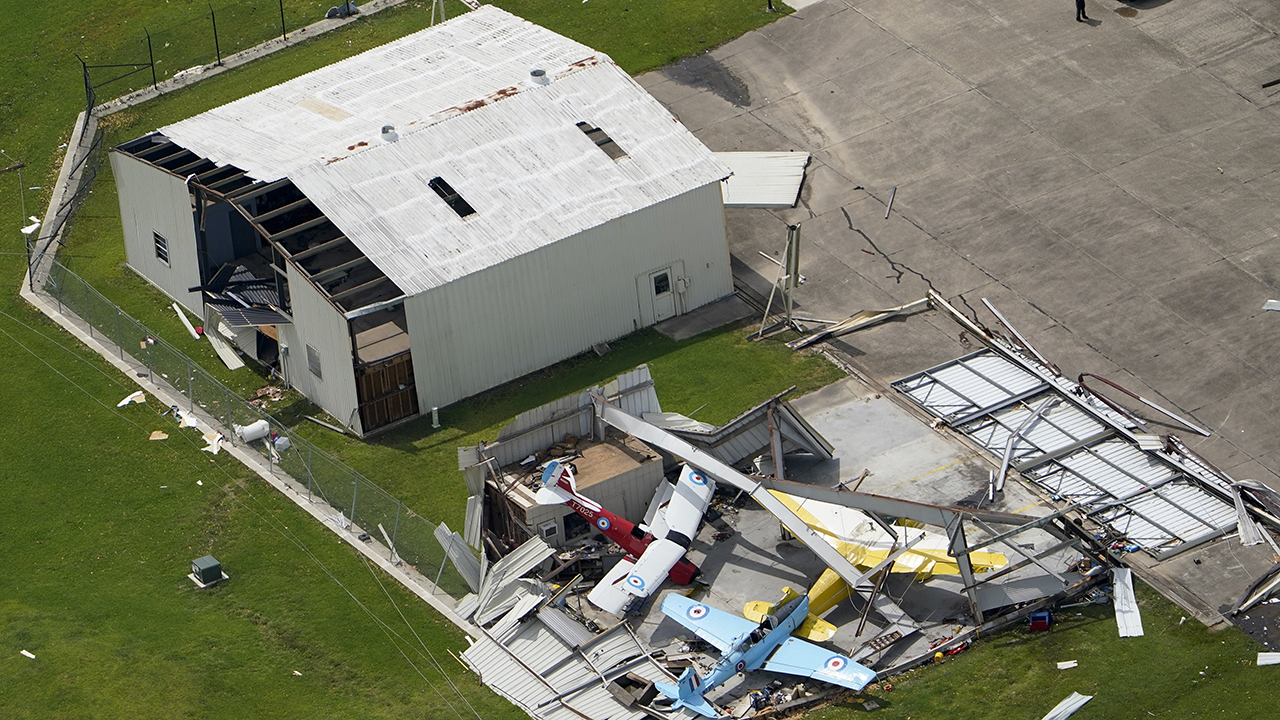 So far this year, there have been 17 named storms, including five hurricanes and of those, one major hurricane.

The names of the 2020 Atlantic hurricane season. (Fox News)

There are only four more names left this season: Sally, Teddy, Vicky and Wilfred. After that, we will move to the Greek alphabet for only the second time in history.