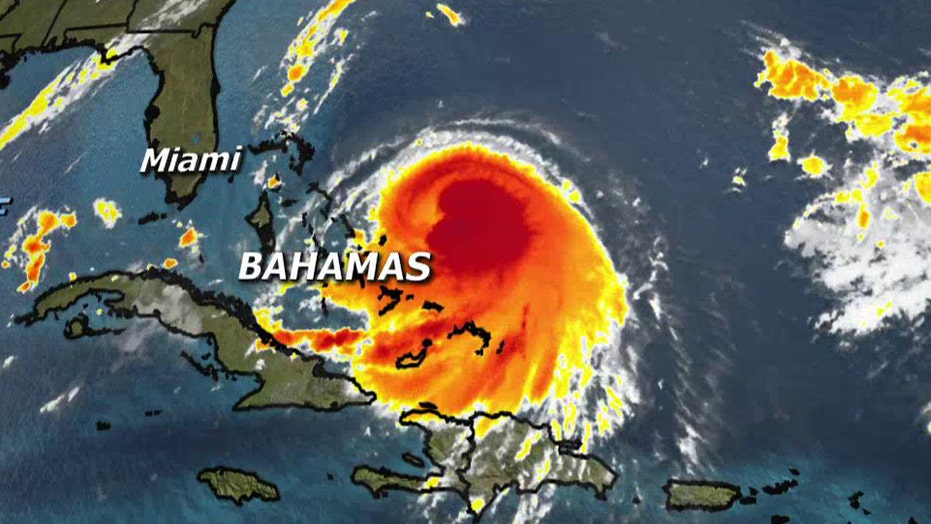 Hurricane Joaquin strengthened to a category 2 Wednesday evening as it approached the central islands of the Bahamas, following a projected track that would take it near the U.S. East Coast by the weekend.

Maximum sustained winds reached 105 mph and extended 35 miles from the center of the storm over the Atlantic Ocean, according to the U.S. National Hurricane Center in Miami, which predicted Joaquin would develop into a major hurricane in the coming days.

Authorities in the Bahamas prepared for a brush with the storm, with the center expected to pass near or over several islands during the night and Thursday.

A turn to the north toward the United States was expected by Thursday night or Saturday, but forecasters were still gathering data trying to determine how it might affect the U.S.

"We've got Air Force reconnaissance planes continuously giving us data from inside the hurricane this morning, and we're going to be throwing a lot more aircraft resources at this problem over the next few days because it still is not certain whether or not Joaquin will directly impact the U.S. East Coast or stay out to sea," said Rick Knabb, director of the National Hurricane Center.

A hurricane warning was posted for the islands of San Salvador, Cat Island, Eleuthera and Rum Cay, with the threat of storm surges, coastal flooding and 5-10 inches of rain, said Geoffrey Greene, a senior forecaster with the Bahamas Meteorology Department.

"We would be very concerned about them," Greene said.

Those islands have relatively small populations, fewer than 1,000 on San Salvador, but they are vulnerable in a storm since most of the people live along the shoreline in modest homes.

Sept. 30, 2015: This NOAA satellite image shows Hurricane Joaquin in the Caribbean region. The storm is expected to start heading north and could possibly effect the east coast later in the week. (Weather Underground via AP)

A warning also was issued for some more populous islands in the northwestern Bahamas, including Grand Bahama and New Providence, where the capital of Nassau is.

On Eleuthera, a narrow strip to the north of Cat Island, people removed stray coconuts and other debris from their yards and put up storm shutters in blustery winds, said Chris Gosling, who runs a volunteer ambulance service on the island. Islanders have learned from past storms not to take chances.

"People don't panic too much. There's nothing you can do about it. If it comes, it comes, and you do what you can," said Gosling, who has lived on Eleuthera for 27 years. "If the forecast is right we will get some wind and rain and it will go back out to sea."

The U.S. National Hurricane Center's long-term forecast showed the storm could near the U.S. East Coast above North Carolina on Sunday.

"Residents of the Carolinas north should be paying attention and monitoring the storm. There's no question," said Eric Blake, a hurricane specialist with the center. "If your hurricane plans got a little dusty because of the light hurricane season, now is a good time to update them."

The center of the storm Wednesday evening was about 95 miles east of the central Bahamas and moving toward the southwest at 7 mph.