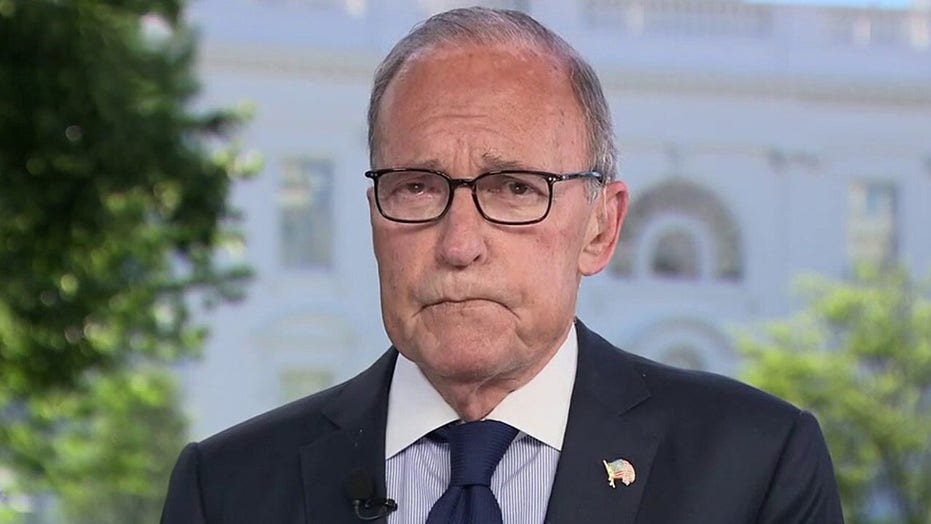 White House National Economic Council Director Larry Kudlow tells ‘Fox and Friends’ he predicts economic growth will surge in the latter half of 2020.

Houston is considering a new stay-at-home order as cases of coronavirus begin to rise again in Texas as well as other parts of the country, according to reports.

Texas began a phased reopening around Memorial Day weekend but has seen a steady rise in cases. Wednesday saw a spike of 2,504 new cases, the most for the state since the start of the pandemic.

Harris County Judge Lina Hidalgo and Mayor Sylvester Turner on Thursday revealed several measures the city is considering, including the possible reopening of a previously unused hospital that was established at a football stadium. Gov. Greg Abbott ultimately has authority at the moment to impose any such measures, but the city can still advise the governor if they see the pandemic returning.

The main measure that Hidalgo and Turner discussed was to again recommend that residents stay at home except for essential travel, such as for work, medicine and groceries. Hidalgo urged residents to not frequent public spaces such as bars or clubs in the meantime.

“I want the reopening to be successful. I want the economy to be resilient,” Hidalgo said. “But I am growing increasingly concerned that we may be at the precipice of a disaster.”

Hidalgo announced a new color-coded “threat system” that the city will use, which aims to simplify the orders and status of the pandemic for residents. The four-level system has level 4 as “Green” or “Minimum” threat and level 1 as “Red” or “Severe,” which is when a stay-at-home order would go into effect.

Hospitals in the 25-county Houston region were using 88 percent of their ICU capacity as of Wednesday, and the system has never exceeded 100 percent, according to the Houston Chronicle. During the county’s stay-at-home period, local ICU bed usage often was below 80 percent.

HACKERS COULD USE CORONAVIRUS TRACING APPS TO ACCESS YOUR PERSONAL, REPORT SAYS

“We are starting to see very worrying signs about the course the pandemic is taking in cities and states in the U.S. and around the world,” he said. “When you start seeing those signs, you need to act fairly quickly.”

Cases across the country have started to peak, focused mainly in a handful of states with large metropolitan areas, including South Carolina, Utah, Arizona, North Carolina, Arkansas, Alabama, California, Nevada and Florida. Oregon on Thursday announced that it would pause its reopening for one week after the state reported 177 new cases.

White House financial adviser Larry Kudlow on Friday morning echoed these sentiments when he told "Fox & Friends" that he saw “no second wave” of rising cases. Kudlow cited that the rate of new cases is between 0-1%, and not of any concern at the moment.

The stock market wobbled as fears over a return to lockdown measures once more started to emerge, but appeared to rally on Friday morning.