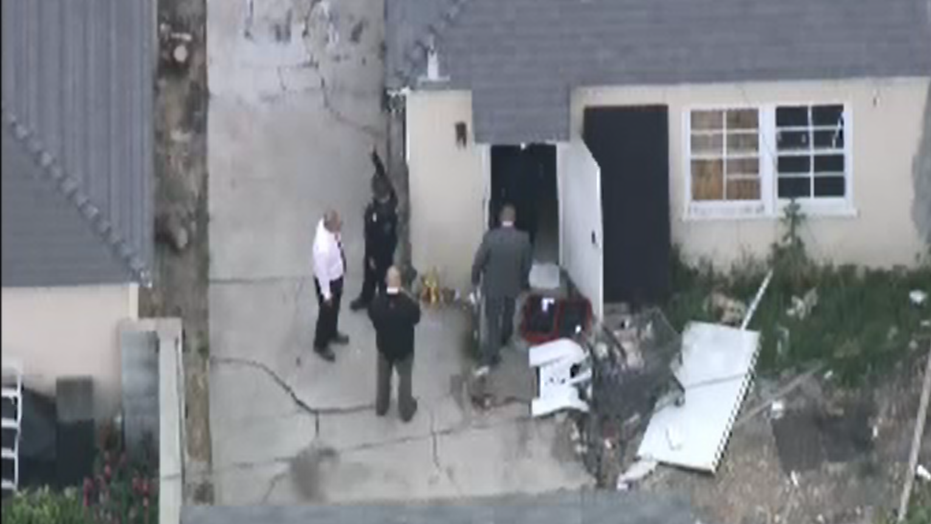 Police say a woman described a nightmare when officers arrived at the vacant Santa Ana house on Tuesday: She'd been kidnapped, bound to a bed, gagged and locked up in the house.

But, now, cops say the story is bogus.

A property manager called police in Santa Ana about 1:30 p.m. Tuesday after he went to check on the city-owned house and noticed the garage door was open and a padlock on the back door, FOXLA reported. He told officers he heard moaning inside the property, prompting officers to cut the lock off.

Police said a woman lied when she claimed she was kidnapped and taken to the vacant house in Santa Ana, Calif. (FOXLA)

Police freed the woman, who was not identified, and began investigating the alleged kidnapping as she received medical attention.

By Tuesday night, however, investigators discovered the woman wasn’t a kidnapping victim, but a homeless person who was squatting at the property, KTLA reported. She was attacked earlier in the day by a man who came to the house, though it’s unclear why she was gagged and bound, police said.

The woman was not injured in the incident, but she could face charges.