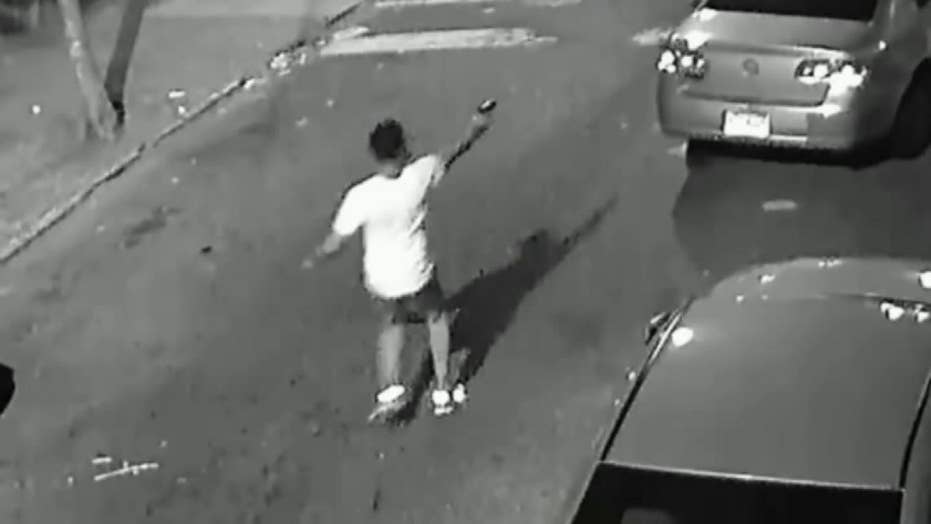 Philadelphia police are searching for the two suspects.

Authorities in Pennsylvania are on the hunt for a shooting suspect caught on video over the weekend opening fire on a car that was waiting for AAA to arrive, police said Tuesday.

Surveillance video released by police showed two men walking along the sidewalk and around a corner near where a vehicle was seen with its hazard lights on.

“Suddenly one of the suspects produces a black handgun and fires into the back window of the vehicle then fled the area on foot and was last seen south on 16th Street from Butler Street,” police said.

The vehicle’s occupants suffered gunshot wounds and were brought to a local hospital, according to the news release.

The suspect was described as a 20-to-30-year-old black male with a light complexion and a beard, police said. He was wearing light-colored shorts, a light-colored T-shirt and sneakers. He also may have had two tattoos, police said.

Authorities warned that the suspect was “armed and dangerous.”

Anyone with information is asked to call the police department’s Northwest Detective Division at (215) 686-3353.